Top Investment CEO Shocked By Jamie Dimon Bitcoin Comments: “Major Banks Are All Spending Billions Of Dollars To Get In On Blockchain” 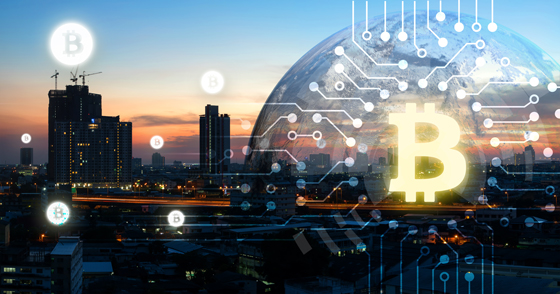 Last week saw some tumultuous moves in Bitcoin and the crypto currency market in general following news that China would be cracking down on ICO’s (Initial Coin Offerings) purportedly in an effort to prevent fraud and capital flight. Just days prior to these announcements, JP Morgan chief Jamie Dimon publicly said that Bitcoin is a fraud and that anyone in his firm caught trading the digital currency would be terminated. By the end of the week, it was revealed that not only were people not being fired at JM Morgan, but they were actively buying the crypto on European exchanges.

This begs the question: Was Jamie Dimon simply “talking his book” by attacking Bitcoin and other crypto currencies so that his firm could load up after the price dropped some 35% from its all-time highs? Either that, or Dimon clearly understands the threat it poses to the banking sector as it exists today, including the profits from their multi-billion dollar customer fee structures .

According to Frank Holmes, who is the head of top advisory firm U.S. Global Investors and recently appointed as the Chairman of the first publicly traded blockchain mining company Hive Blockchain Technologies, blockchain stands to completely uproot the entire banking sector. Holmes highlights that, while Dimon is talking about Bitcoin being a fraud, large bank consortiums in South Korea, Japan and even here in the United States are exploring how the technology can improve their businesses and keep them competitive as this emerging technology takes hold globally:

So for him to go and say that was really shocking to me.

In addition to lower banking fees and fewer customer headaches on blockchain’s decentralized network, Holmes says that the blockchain, like the internet, will change humanity for the better:

Last week there was a huge energy conference in Houston supported by major energy companies…the whole idea is using this encryption… this blockchain technology for securing energy information.

And then there’s another one taking place for healthcare… if you think of Medicare and all the bureaucracy that goes on there… when you put it on blockchain they can drive down the costs, which would be a benefit for the government and a benefit to individuals.

So there’s other ways that this can show up in saving humanity that’s so important.

The other fact is that it’s decentralized… When you buy with Mastercard or Visa they control the processing of each transaction… whereas the verification of blockchain is by millions of people.

That concept is really catching hold with not just investors, but around the world…

What we’ve seen with Bitcoin and Ethereum is the embracing by a consortium of South Korean and Japanese banks earlier this year and that led to a big surge of activity… everytime there is a missile shot over Japan we get a surge in Bitcoin and Ethereum…   so there’s something that’s happening there as an additional… as a result of fear… gold plays a role in someone’s portfolio and so does Bitcoin as a currency.

Holmes goes on to note that Bitcoin, while still under scrutiny in the United States by the Securities Exchange Commission because of Anti-Money Laundering concerns, it is only a matter of time before it is allowed to be traded on major stock exchanges in the form of Exchange Traded Funds and other investment vehicles:

When I met with the regulators, the anti-money laundering compliance supersedes everything.

It reminds me that when we first had the tragedy of 9/11 and flying… before they came along with TSA Preferred… you almost had to strip naked to go through and fly an airplane… and everything was being delayed… the process of long lines, etc…

That’s like AML… and they have not found a way to streamline it… It took almost 10 years before they really started to let people fly more readily and easily..

Do the coins come from a hacker? Do they come from legal means?

I think that’s the biggest reason.