“Too Dangerous to Create”: Apple Defies FBI Order to Build Backdoor Software To Unlock Any iPhone 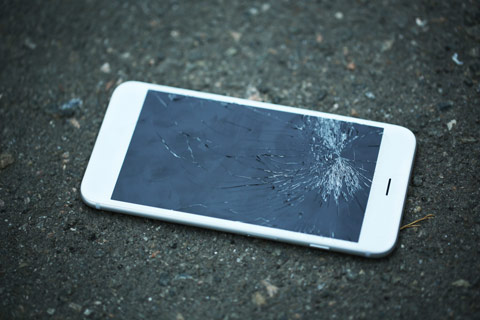 The intelligence community is pressuring the tech world to help them break encryption systems and create a backdoor into privately held devices.

There is no limit to their prying eyes, or the powers they wish to hold over society. Of course, it is all to keep you safe.

In the wake of the San Bernardino shooting, the Federal Bureau of Investigation has demanded that Apple create a software that would allow the agency to unlock the shooter’s iPhone.

After the shooter, it is then, of course, open sesame on all of society.

In an open letter, Apple CEO Tim Cook has drawn the company’s line in the sand when it comes to federal intrusion of privacy. It reads in part:

We have great respect for the professionals at the FBI, and we believe their intentions are good. Up to this point, we have done everything that is both within our power and within the law to help them. But now the U.S. government has asked us for something we simply do not have, and something we consider too dangerous to create. They have asked us to build a backdoor to the iPhone.

Specifically, the FBI wants us to make a new version of the iPhone operating system, circumventing several important security features, and install it on an iPhone recovered during the investigation. In the wrong hands, this software — which does not exist today — would have the potential to unlock any iPhone in someone’s physical possession.

Two things about this statement are a tad on the unbelievable side. First of all, it’s surprising that Apple is taking such a public stance against helping the government spy on its citizens considering the Snowden leaks.

Second, how can Cook claim this software (or one like it) does not already exist today? The National Security Administration might beg to differ.

The government suggests this tool could only be used once, on one phone. But that’s simply not true. Once created, the technique could be used over and over again, on any number of devices. In the physical world, it would be the equivalent of a master key, capable of opening hundreds of millions of locks — from restaurants and banks to stores and homes. No reasonable person would find that acceptable…

The implications of the government’s demands are chilling. If the government can use the All Writs Act to make it easier to unlock your iPhone, it would have the power to reach into anyone’s device to capture their data. The government could extend this breach of privacy and demand that Apple build surveillance software to intercept your messages, access your health records or financial data, track your location, or even access your phone’s microphone or camera without your knowledge.

The fact of the matter is, that no communication on these or any other commercial devices is truly secure or private, unless is encrypted, and the government agencies are not using keys to unlock the encryption.

Your personal (and sometimes very private) texts, phone calls and increasingly, important data stored on the phone – as well as passwords and payments – are all up for grabs.

As everyone should be aware by now, the extent of surveillance is near total, and the NSA and other groups can and do collect information from all Americans.

The Unhackable iPhone Has Been Compromised: ‘Intelligence Agencies Can Intercept Calls, Messages, and Access Data’

Now We Know The Plan: More Surveillance and a Patriot Act For Europe