Too Big To Fail Is Now Bigger Than Ever Before 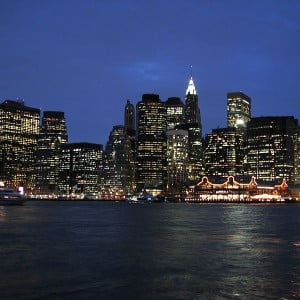 The too big to fail banks are now much, much larger than they were the last time they caused so much trouble.  The six largest banks in the United States have gotten 37 percent larger over the past five years.  Meanwhile, 1,400 smaller banks have disappeared from the banking industry during that time.  What this means is that the health of JPMorgan Chase, Bank of America, Citigroup, Wells Fargo, Goldman Sachs and Morgan Stanley is more critical to the U.S. economy than ever before.  If they were “too big to fail” back in 2008, then now they must be “too colossal to collapse”.  Without these banks, we do not have an economy.  The six largest banks control 67 percent of all U.S. banking assets, and Bank of America accounted for about a third of all business loans by itself last year.  Our entire economy is based on credit, and these giant banks are at the very core of our system of credit.  If these banks were to collapse, a brutal economic depression would be guaranteed.  Unfortunately, as you will see later in this article, these banks did not learn anything from 2008 and are being exceedingly reckless.  They are counting on the rest of us bailing them out if something goes wrong, but that might not happen next time around.

Ever since the financial crisis of 2008, our politicians have been running around proclaiming that they will not rest until they have fixed “the too big to fail problem”, but instead of fixing it those banks have rapidly gotten even larger.  Just check out the following figures which come from the Los Angeles Times…

And the assets of JPMorgan Chase & Co., the nation’s biggest bank, have ballooned to $2.4 trillion from $1.8 trillion.

We are witnessing a consolidation of the banking industry that is absolutely stunning.  Hundreds of smaller banks have been swallowed up by these behemoths, and millions of Americans are finding that they have to deal with these banking giants whether they like it or not.

Even though all they do is move money around, these banks have become the core of our economic system, and they are growing at an astounding pace.  The following numbers come from a recent CNN article…

-The assets of the six largest banks in the United States have grown by 37 percent over the past five years.

-Approximately 1,400 smaller banks have disappeared over the past five years.

-JPMorgan Chase is roughly the size of the entire British economy.

-The four largest banks have more than a million employeescombined.

-The five largest banks account for 42 percent of all loans in the United States.

As I discussed above, without these giant banks there is no economy.  We should have never, ever allowed this to happen, but now that it has happened it is imperative that the American people understand this.  The power of these banks is absolutely overwhelming…

One third of all business loans this year were made by Bank of America. Wells Fargo funds nearly a quarter of all mortgage loans. And held in the vaults of JPMorgan Chase is $1.3 trillion, which is 12% of our collective cash, including the payrolls of many thousands of companies, or enough to buy 47,636,496,885 of these NFL branded toaster ovens. Thanks for your business!

A lot of people tend to focus on many of the other threats to our economy, but the number one potential threat that our economy is facing is the potential failure of the too big to fail banks.  As we saw in 2008, when they start to fail things can get really bad really fast.

And as I have written about so many times, the number one threat to the too big to fail banks is the possibility of a derivatives crisis.

Former Goldman Sachs banker and best selling author Nomi Prins recently told Greg Hunter of USAWatchdog.com that the global economy “could implode and have serious ramifications on the financial systems starting with derivatives and working on outward.” You can watch the full video of that interview right here.

And Nomi Prins is exactly right.  Just like we witnessed in 2008, a derivatives panic can spiral out of control very quickly.  Our big banks should have learned a lesson from 2008 and should have greatly scaled back their reckless betting.

Unfortunately, that has not happened.  In fact, according to the OCC’slatest quarterly report on bank trading and derivatives activities, the big banks have become even more reckless since the last time I reported on this.  The following figures reflect the new information contained in the latest OCC report…

That means that the total exposure that Goldman Sachs has to derivatives contracts is more than 371 times greater than their total assets.

How in the world can anyone say that Goldman Sachs is not being incredibly reckless?

And remember, the overwhelming majority of these derivatives contractsare interest rate derivatives.

Wild swings in interest rates could set off this time bomb and send our entire financial system plunging into chaos.

After climbing rapidly for a couple of months, the yield on 10 year U.S. Treasury bonds has stabilized for the moment.

But if that changes and interest rates start going up dramatically again, that is going to be a huge problem for these too big to fail banks.

And I know that a lot of you don’t have much sympathy for the big banks, but remember, if they go down we go down too.

These banks have been unbelievably reckless, but when they fail, we will all pay the price.