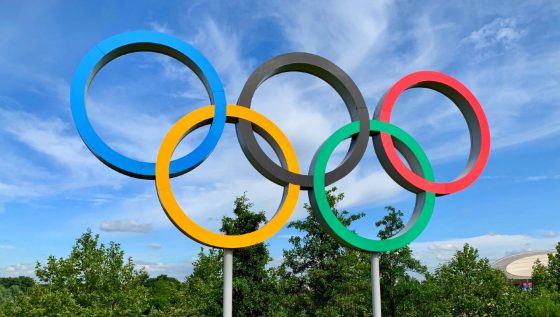 With the Tokyo Olympics set to start Friday, the negative headlines continue to pile up. Thanks to bans on spectators and the ongoing State of Emergency in the Japanese capital city, public opinion in Japan has turned decidedly against the Games, with most Japanese rooting for the Olympics to simply be canceled.

Dozens of staff and athletes have already tested positive. Outside of the COVID headlines, a Ugandan weight lifter has gone missing. Now, Reuters reports that the isolation bubble system put in place to house the athletes in the Olympic Village has already been compromised.

This means organizers’ promises that there would be “zero risk” of athletes infecting Tokyo residents have already been rendered moot. Kenji Shibuya, the former director of the Institute for Population Health at King’s College London, said such declarations only served to confuse and anger people as actual conditions on the ground were “totally opposite.”

“It’s obvious that the bubble system is kind of broken,” said Shibuya, who in April co-authored a British Medical Journal commentary that said the Olympics must be “reconsidered” due to Japan’s inability to contain coronavirus cases.

“My biggest concern is, of course, there will be a cluster of infections in the village or some of the accommodation and interaction with local people.”

Rather, since the start of July, there have been at least 71 cases detected among athletes preparing to compete in the Games. Videos showing interactions among athletes have added to concerns that the highly infectious delta variant will spread through the Olympic Village like the wildfires presently burning across swaths of Oregon.

New COVID-19 cases in Tokyo reached 1,410 on Saturday, the highest level in nearly six months, while the Games are due to start at the end of this week.

Some public health experts have warned that seasonal factors, increased mobility, and the growing prevalence of delta could cause cases in Tokyo to surge past 2,000 per day in the next month, a level that could push the city’s healthcare system to the breaking point.

Only 33% of Japanese citizens have received at least one dose of the COVID vaccine, a level that’s well below other western countries. While the vaccination push has picked up steam in recent weeks, logistical issues have left some areas with shortages of jabs.