Americans Are Fleeing Major Cities: “Only A Matter Of Time Before Widespread Rioting, Looting And Civil Unrest Becomes Commonplace” 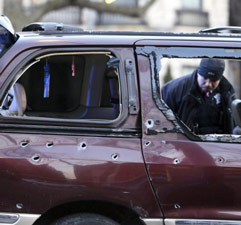 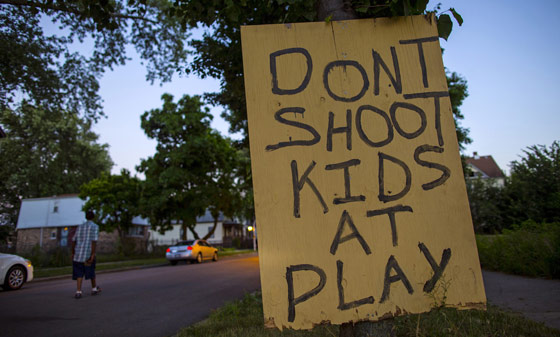 Did you know that the number of murders increased by almost 60 percent in the city of Chicago last year?  And as you will see below, this year gang violence in the Windy City has risen to a new level of viciousness.  A staggering 9.5 million people live in the Chicago metropolitan area, and it was once known primarily for great pizza, bitter cold and some of the best sports fans on the entire planet.  But now the number one thing that comes to mind for many when they think about the city of Chicago is gang violence.  As it becomes clear that things are not going to turn around any time soon, thousands of residents are leaving the city for safer areas of the nation.  In fact, Cook County lost more people than any other county in America last year by a very wide margin.

When your murder rate goes up by double digits in a single year, you have got a problem.

But when it goes up by close to 60 percent, you have got a catastrophe on your hands…

In 2016, the number of murders in the city jumped nearly 60 percent to over 760, more than New York and Los Angeles combined. There were more than 4,300 shooting victims in the city last year, according to police.

Of course we aren’t supposed to talk about the fact that this is quietly happening in communities all over America.  This is one of the reasons why there is such a disparity in real estate prices these days.  The wealthy are willing to pay a substantial premium to live with other wealthy people in areas that are far away from all the violence.

And the gang violence in Chicago continues to escalate.  For example, check out what happened just yesterday…

Two people were killed and eight others were wounded in an attack at the site of a memorial for a man who was slain earlier Sunday in the Brighton Park neighborhood, police said.

Chicago police First Deputy Superintendent Kevin Navarro told reporters at the Southwest Side scene in the 2600 block of West 46th Place that the attack was “another brazen act of gang violence.”

Navarro said the victims, a mix of men and women, were taking part in a memorial for a man, identified by the Cook County medical examiner’s office as Daniel Cardova, who had been killed at that location earlier in the day when two people fired rifles from a nearby alleyway.

Would you want to raise your children in an area where this was going on?

Thanks to decades of open borders and unrestrained illegal immigration, gang membership has been absolutely soaring in major cities such as Chicago.  Five years ago the Chicago Crime Commission estimated that there were 150,000 gang members living in the metropolitan area, and by this point that number is certainly far higher.

According to Wikipedia, there are currently only 12,244 police officers in Chicago.  That means that the police are outnumbered by at least a 12 to 1 margin.

And according to an article published by the Chicago Sun-Times, some of these gangs have agreed to start using automatic weapons against the police…

The meeting took place Thursday between higher-ups from the Vice Lords, Black Disciples and Four Corner Hustlers, according to an alert issued to department members the day after the meeting.

No wonder the police suicide rate in Chicago is 60 percent higher than the national average.

If I was living in the Chicago metropolitan area, I would be making every effort to relocate, and apparently there are lots and lots of people that see things the same way that I do.

In fact, net domestic migration for the Chicago metropolitan area was a staggering -89,000 during 2016…

One particularly stunning figure: net domestic migration, with an estimated 89,000 more people moving from the Chicago area to other portions of the country in the past year than those who moved in.

Liz Schuh, principal policy analyst for the Chicago Metropolitan Agency for Planning, said the figures are “of concern for the region’s continued economic success.”

“Residents often choose to stay in or migrate to a region because of economic opportunity and quality of life,” she added.

In particular, wealthy people are living the city in droves.  It has been reported that 3,000 millionaires left the city of Chicago in 2015 alone.  Certainly the ridiculously high taxes are one factor why so many wealthy people are leaving, but of course gang violence is also a major reason for the mass exodus.

If violence in our major cities is starting to spiral out of control while the economy is still relatively stable, what are things going to look like when a complete economic meltdown happens?

It is only a matter of time before widespread rioting, looting and civil unrest becomes commonplace in major cities all over the country.  With Donald Trump in the White House, the deep frustration that has been simmering in our inner cities is now reaching a boiling point.  It certainly isn’t going to take much of a spark to set off a tremendous explosion.

In anticipation of what is coming, large numbers of Americans have already been relocating to less populated portions of the country.  And the good news is that there are lots of areas to pick from.  According to Survival Dan, about half of the U.S. population lives in just 146 counties…

Recent U.S. census data indicates that out of the 3000 counties in the United States, fully 50% of the population lives in just 146. If you want to have any chance of surviving a widespread catastrophic event by avoiding the hordes that will be searching for critical resources in its aftermath, then check out the following map to get a visual reference of the areas you want to stay away from. 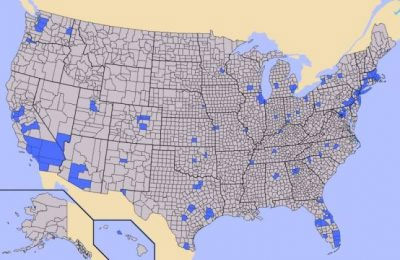 Of course it can be quite difficult to find a good job in an area that is not heavily populated, and there are a lot of expenses involved in relocating to a totally different part of the country.

And there is certainly a lot to consider when picking out a new place to live, and so you would want to do a lot of research before making such a move.

But my wife and I did step out in faith and made a decision to relocate to a new area nearly six years ago, and it was one of the best decisions that we have ever made.