Thought Police: Canadian Activist Lauren Southern Gets BANNED From The UK For Life 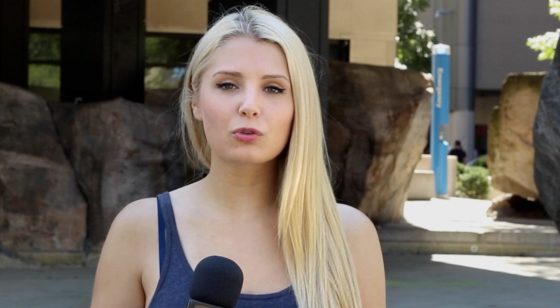 Lauren Southern, a Canadian activist, received a ban from the United Kingdom for life because she conducted a social experiment that irritated Muslims. Apparently, you’re no longer allowed to have your own opinions – they must conform to the government approved opinions.

This just more evidence that there is an all-out global assault on liberty and free thinking. Southern’s ban comes after she distributed what the UK deemed “racist material.” In the “racist material”, the Canadian claimed Allah was gay. Well, gay isn’t a race and neither is Islam. So we’ve already pinpointed the problem here: Southern had an opinion that a government didn’t like.

According to the Daily Mail UK, Lauren Southern came under fire in February after she was caught handing out leaflets in Luton that proclaimed “Allah is a gay God” and “Allah is trans.” Although the 22-year-old said it was only a “social experiment,” she was detained in Calais when trying to re-enter the UK on March 13 and was questioned over the posters.

In a video posted on Thursday, Southern claimed that she received a lifetime ban from coming to the UK, stemming from the leaflet incident. A Home Office Spokesperson said that the “Border Force has the power to refuse entry to an individual if it is considered that his or her presence in the UK is not conducive to the public good.” Free speech is always conducive to the public good, but it’s in the governments best interest to squash any dissent.

Of course, the media is far from biased pro-government propaganda, so let’s hear from Southern herself what her side of the story is. She explains in her video titled “‘Allah is Gay’ – Here’s What Happened In Luton.”

Southern says she became intrigued by an article which claimed Jesus Christ lived his life as a gay man. (Please note, that the author of that article has received little to no backlash for his theory that Christ could have been gay. Southern is banned for insinuating Allah is gay.)

Southern claims the UK has “blasphemy laws enforced by sharia” law. She also concluded that her social experiment “highlights a double standard in Western societies: why is it racist to say Allah is gay, but not Jesus is gay?”

Southern said she has assumed her interaction with the police in Luton was the end of the incident until she was quizzed for six hours by border guards in Calais earlier this month.