This Wasn’t Supposed To Happen: U.S. Employment Growth Just Plunged To The Lowest Level In 9 Years 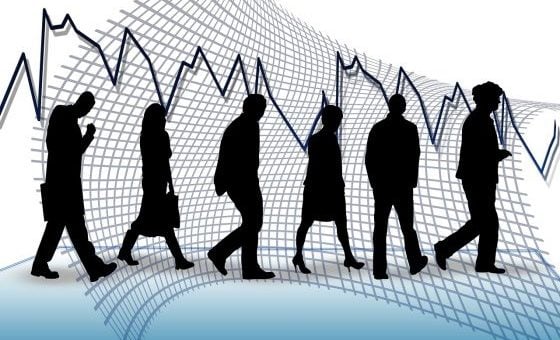 If the U.S. economy was heading into a recession, we would expect to see a slowdown in the employment numbers, and that is precisely what is happening.  According to payroll processing firm ADP, the U.S. economy only added 27,000 new jobs in May, and that is way below the number that is needed just to keep up with population growth.  Of course, some in the mainstream media are attempting to put a positive spin on this, but there really is no denying that this is a truly awful number.  In fact, we have not seen a number this bad in more than 9 years…

Job creation skidded to a near-halt in May in another sign that the U.S. economic momentum is slowing.

Companies added just 27,000 new positions during the month, according to a report Wednesday from payroll processing firm ADP and Moody’s Analytics that was well below Dow Jones estimates of 173,000.

The reading was the worst since around the time the economic expansion began and the jobs market bottomed in March 2010 with a loss of 113,000.

9 years is a very long time, but this terrible employment number is perfectly consistent with all of the other horrible economic numbers that have been rolling in lately.

Time after time in recent weeks I have been using phrases such as “since the last recession” to describe what we are witnessing.  The U.S. economy has not been in such rough shape in nearly a decade, and things just keep getting worse.

So how did Wall Street respond to the latest employment news?

Actually, stock prices surged, because investors are super excited about the prospect that the Federal Reserve could soon lower interest rates…

Stocks added to strong week-to-date performance on Wednesday as investors grew even more confident that the Federal Reserve will lower interest rates this year to reignite an economy wounded by trade battles.

Pushing interest rates all the way to the floor certainly helped the stock market recover after the last recession, but this time around there is a major twist.

The U.S. is currently engaged in a major trade war with China, and the normal tools that the Fed utilizes may not be powerful enough to overcome the negative effects of such a conflict.

And to make things worse, now the U.S. is also starting a trade war with Mexico.  On Wednesday, President Trump made it clear that “not nearly enough” progress had been achieved during negotiations with Mexican officials…

President Donald Trump said “not nearly enough” progress was made in talks with Mexico to mitigate the flow of undocumented migrants and illegal drugs, raising the likelihood that the U.S. will follow through with tariffs next week.

So tariffs will be slapped on Mexican goods starting on Monday, and President Trump seems quite excited about this…

“If no agreement is reached, Tariffs at the 5% level will begin on Monday, with monthly increases as per schedule,” Trump tweeted Wednesday. “The higher the Tariffs go, the higher the number of companies that will move back to the USA!”

Of course, the Mexicans will almost certainly retaliate, and both countries will start seeing higher prices and significant job losses.

In fact, one study has concluded that the U.S. economy could lose more than 400,000 jobs as a result of these tariffs on Mexico.  The following comes from CNN…

If the 5% US tariff on all goods from Mexico takes effect and is maintained, more than 400,000 jobs in the United States could be lost, an analysis released this week found.

The tariffs on Mexico, set to go in effect on Monday, would cost Texas alone more than 117,000 jobs, according to the analysis by The Perryman Group, an economic consulting firm. Texas is Mexico’s largest export market, making the two economies closely intertwined.

And the truth is that those numbers could actually be on the low side.

According to Marc Thiessen, a trade war with Mexico would literally put millions of U.S. jobs at risk…

Indeed, Mexican tariffs could be even more devastating for Americans than those imposed on China. Deutsche Bank estimates the tariffs could raise the average price of automobiles sold in the United States by $1,300. Indeed, U.S. and Mexican auto-supply chains are so deeply integrated that many parts cross the border multiple times before they end up in a finished vehicle — which means they would be hit by tariffs multiple times, compounding costs. Ten million U.S. workers’ jobs depend on this supply chain; tariffs would put those jobs at risk, including those of the “forgotten Americans” in the industrial Midwest whose jobs Trump vowed to protect.

We shall see what happens, but the outlook for the U.S. economy for the rest of this year is not good at all, and beyond that things look exceedingly grim.

Hopefully, I am wrong, but it certainly appears that a major economic downturn is developing just in time for the 2020 presidential election.

There is one more thing that I would like to mention before I wrap up this article.  This week, a Russian news source reported that Russia and China “will sign an agreement” regarding the use of their own national currencies in bilateral trade with one another…

Russia and China will sign an agreement on possible payments in national currencies. A decree of the Russian government on signing of a relevant agreement with the Chinese side was released on the official portal of legal information on Wednesday.

According to the draft decree approved through that government document, “settlements and payments for goods, service and direct investments between economic entities of the Russian Federation and the People’s Republic of China are made in accordance with the international practice and the legislation of the sides’ states with the use of foreign currency, the Russian currency (rubles) and the Chinese currency (yuan).”

In other words, they are dumping the dollar in favor of their own national currencies when trading with each other.  This is a direct threat to the international dominance of the U.S. dollar, and other countries have been discussing similar moves.

For decades, the U.S. dollar has essentially been a global currency.  More dollars are actually used outside of the United States than within this country, and most Americans don’t realize that.

This has given us some enormous advantages in the global marketplace, and it could be just a matter of time before those advantages begin to disappear.

Things that used to take months or years to happen are now happening in a matter of days.  The pace of change is really picking up, and right now the momentum of events is heading in a direction that is definitely not favorable to the United States.

Michael Snyder is the author of four books, including Get Prepared Now, The Beginning Of The End, and Living A Life That Really Matters.