This Is What Collapse Looks Like: ‘Roving Gangs Fight For Resources… Aid Workers Being Held At Gunpoint In Puerto Rico’ 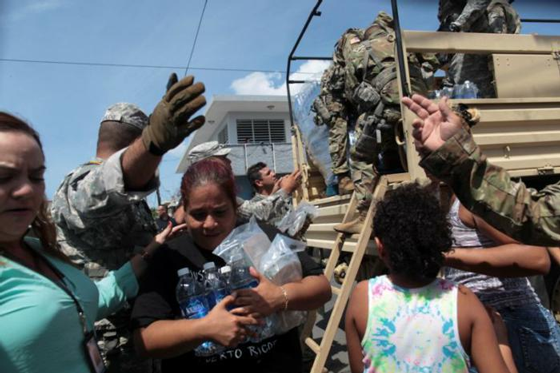 What does it look like when the entire system around you collapses?

The fallout in Puerto Rico, which has left a devastating impact with no food on grocery store shelves or electricity to over three million people, gives us a glimpse:

As Daisy Luther of The Organic Prepper recently noted in What It’s Really Like After the SHTF, the situation with essential services and supplies is desperate and untenable:

In her widely popular guide The Prepper’s Blueprint, Tess Pennington of ReadyNutrition.com explains, with countless references to real-life events, how society and the system as we have come to know it can rapidly come to a standstill. Such disastrous aftermaths are, in fact, nothing new and have been repeated time and again throughout history:

Disasters have been going on for centuries and for someone to think they are untouchable is naive. Roughly 1% of Americans are adequately prepared for a disaster. The other 99% – well it’s not so good for them. Since disasters tend to have a mind of their own and the capacity to cripple our normal way of life, we want to create a well-rounded approach to our preparedness efforts.

…Disasters do not discriminate. In the aftermath of the event, you will be on your own, left to provide for your family with the supplies and knowledge you have accrued. If you are prepared with the mental and spiritual foundation to overcome a disaster, then you will transition into survival mode more quickly.

What should be obvious from the images and stories we’re hearing from Puerto Rico is that something on the order of 99% of the population and 99% of the government were simply not prepared for a total breakdown of their way of life.

While Americans on the mainland watch in awe, few will take this opportunity to prepare for the next disaster, which means that this scenario of panic and pandemonium will be repeated once again in the near future.