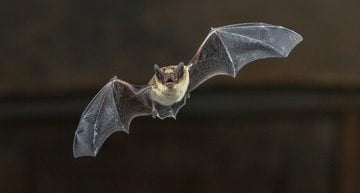 Paul Tudor Jones, the billionaire investor and founder of Tudor Investment Company, joined the hosts ofCNBC‘s Squawk Box for an early morning interview where he discussed the potential implications of whatever Fed Chairman Jerome Powell decides to tell the market on Wednesday when he speaks after the central bank’s latest 2-day policy meeting.

Jones began by making his position on The Fed’s narrative very clear:

“The idea that inflation is transitory, to me … that one just doesn’t work the way I see the world.”

PTJ isn’t the only big-name investor who is skeptical of the Fed’s inflation narrative (a group that also notably includes Jeff Gundlach). At this point, whenever the Fed does decide to finally taper its stimulus measures, markets are poised to go “bat sh*t crazy”. That’s why this week’s Fed meeting is so important.

“I think this Fed meeting could be the most important Fed meeting in Jay Powell’s career.”

Most expect Powell will once again choose to dismiss signs of intensifying inflationary pressures and ignoring data like last week’s inflation print. If that’s the case, PTJ said he believes investors should keep going all-in on the inflation trade.

“If they treat these numbers – which were material events, that were very material – with nonchalance, I think that’s a green light on the inflation trade,” Jones said in an interview on “Squawk Box”.

But if the FOMC “course corrects,” something few expect at this week’s meeting, then markets could be in for a pumping ride.

“If they course correct, if they say, ‘We’ve got incoming data, we’ve accomplished our mission or we’re on the way very rapidly to accomplishing our mission on employment,’ then you’re going to get a taper tantrum,” Jones said.

With so much confusion right now, exacerbated by the Fed’s refusal to meaningfully taper its post-COVID-19 stimulus,  PTJ said putting together a portfolio is no easy feat. As of now, he said he’s keeping 5% of his assets in bitcoin, 5% in gold, 5% in commodities, 5% in cash, and, as for the rest, who knows?

Of course, the Fed can’t keep its accommodative measures forever. PTJ said he’s grateful he’s not a pension fund manager because right now between bonds and stocks “they are so overvalued, they are at 100-year highs. I would have as many inflation hedges on as I possibly could.”

At one point in the interview, PTJ reiterated his support for bitcoin, which he previously endorsed on CNBC back in October.

“I like bitcoin. Bitcoin is math. math has been around fro 2 thousand years 2 + 2 will equal four for the next 2k years…bitcoin has appealed to me because bitcoin is a way to invest….do i want to have faith in that same reliability and consistency of human nature…”

As for bitcoin’s environmental impact, PTJ acknowledged that this might be a problem:

“it costs more to mine gold than it does to mine bitcoin. clearly, I’m concerned about the effects of bitcoin mining…if I was king of the world I would ban bitcoin mining until we found a better way.”

“I have a lot of friends heavily invested in crypto. I have a defensive position for myself and for my family, but I don’t even look at it any more.”

Tudor also offered some skepticism about the Fed’s strategy, saying that over-inflated financial assets are making him nervous.

“I hope that we mean revert back to financial orthodoxy. I get nervous…

Finally, CNBC’s Andrew Ross Sorkin finished off the interview with s simple question about taxing billionaires, which has been heavily in the news over a couple of weeks.

Watch the full interview below: