They Won’t Be Able To Pay You: “Anybody With A Pension, IRA, 401k… Any Wealth Held Inside Of The System” Will Get Creamed 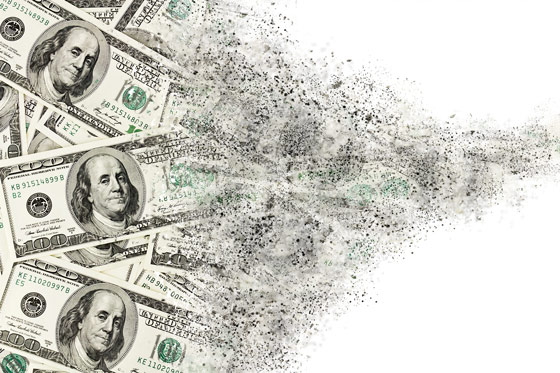 When you look at how much debt and future obligations are clinging to our financial system, it’s difficult to comprehend how it has lasted this long without imploding. Unfortunately, the inevitable collapse can’t be avoided for much longer, and it might be coming sooner than you think.

Greg Hunter of USA Watchdog.com recently interviewed Lynette Zang, who is the Chief Market Strategist at ITM Trading.com. She clearly and concisely lays out why our financial system is crumbling, and why there isn’t much time left before it all comes crashing down. Perhaps the most obvious sign is how underfunded our public and private pensions are:

Zang: Number one regarding the pensions, they’re so severely underfunded that the choice to pass the law in 2014 was that corporations could underfund them even more. So what happens when you know you’re going to declare bankruptcy, if someone gives you a credit card you spend it because you know you’re not going to repay it, so I think really that is a lot of what’s happening in the system. The pensions will go away. The teamsters ran out of money, I believe it was March 1st, and UPS just the other day said that they’re freezing pensions of 70,000 employees. So people may feel safe but frankly, if you don’t hold it you don’t own it, and when the computer says no, what are you going to do?

Greg: Do think anybody with a pension is going to get creamed, even a government pension?

Zang: Absolutely. Anybody with a pension, anybody with a 401k, anybody with an RIA, any wealth that is held inside of system – because it’s not there, it’s air. It’s been leveraged with all the derivatives which are bets against all of that. Plus it’s severely underfunded. They can’t pay the promises. Even social security – people will ask me about social security all the time. Well that’s been underfunded since even before the baby boomers started to take social security. Do I think they’re going to halt it? No. I think they’ll give you dollars. It’s just that the dollars won’t buy anything. So that’s why the system has to reset…

In short, Zang believes that the system is running out of steam. The Fed can’t dump anymore helicopter money into the economy, because that just doesn’t work anymore. Despite those efforts, the amount of spending in the economy (known as the velocity of money) is at a record low. As Zang puts it, “there’s very little left for them to inflate away, yet that is the only tool they really have.”

So there’s only one way this can go. Once it becomes obvious that the government, unions, and major corporations can’t pay what they owe, the only thing the Fed can do is inflate the dollar until those debts can be paid. That’s why Zang is predicting that silver will reach $600 an ounce, and the price of gold will increase to $8,900. Note, that’s not because there will suddenly be more demand for precious metals (though that is very likely). Those number only account for the level of inflation it will take to balance out the system.

And along the way, a lot of damage could be done to our society. That’s why it’s so important to get prepared now. That level of inflation would eviscerate our standard of living, and those who can’t feed themselves or protect themselves will be in serious trouble.