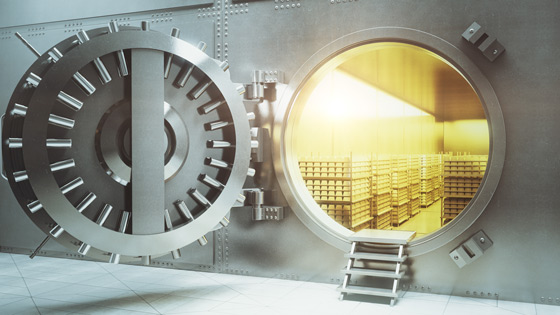 The writing is on the wall and major financial institutions across the world are warning about the economic disaster to come. Unabated money printing, tariff trade wars, rising interest rates and retail slowdowns point to one result, and it’s going to be brutal. Big banks and governments know what’s coming and they are preparing for this eventuality by stockpiling huge amounts of “real money” ahead of the crisis.

According to Keith Neumeyer, the CEO of the world’s top primary silver producer First Majestic Silver and chairman of First Mining Gold, the cartels he’s previously reported to the CFTC have continued to manipulate the prices of precious metals while loading up their own vaults with gold and silver. The answer to why they’re doing it is simple, as Neumeyer highlights in a recent interview with SGT Report:

If it is true [that JP Morgan has acquired the largest position of physical silver in the world] then it’s pretty amazing… Any bank wanting a long position like that is doing it for a reason…  Banks like JP Morgan… they haven’t had a losing trade in multiple years… if they’re long something that’s probably what you want to be buying.

Neumeyer explains that not only are there monetary factors at play, but also supply issues, as production, especially in silver, has dropped markedly over the last several years.

All of this bodes well for rising precious metals prices going forward, with reasonable estimates for future growth far exceeding the all-time highs we saw in recent years:

Metals are in an extremely tight trading range… This base the metals are building right now is three years in the making… and when the metals finally take off this year it’s going to be astounding to watch.

… We lived through it in 2010 and 2011… a good mining stock will far exceed the movement of the metal itself… a stock like First Mining would absolutely explode in an environment like that… it’s hard to predict the exact prices that stocks would do but it would be quite different than it is today… I think $2000 or $3000 gold… these are reasonable numbers that we will experience in the not too distant future.

Financial analysts and large institutions have generally avoided gold and silver for nearly a decade. But the tide appears to be changing.

As prices remain suppressed, government are acquiring, big banks are acquiring and even Morgan Stanley recently noted that gold can be used as a “very good proxy of the true value of a dollar over long periods of time.”

We know economic collapse on a massive scale is approaching.

To get an idea of where one should be diversifying their assets in the event this worst-case scenario plays out, one need only ask the following question: What is money when the system collapses?

5,000 years of history for the single most reliable monetary asset class of last resort has already given us the answer.

Visit SGT Report for more interviews like the one you just watched.