They Have No Proof: MIT Professor Explains Why the Assad Gas Attack Was a Sham 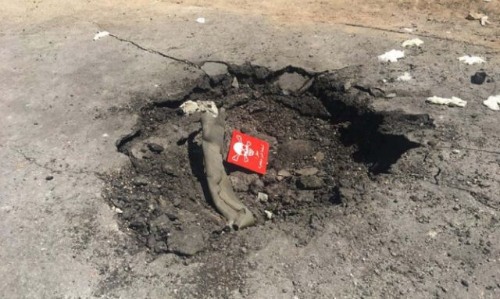 The mainstream narrative surrounding the sarin gas attack in Syria simply doesn’t add up. Even if you assume that Assad is nothing but a vile monster who would have no problem with gassing his own people, the attack still doesn’t make sense. That’s because even monsters have a sense of self-preservation.

Just days before the attack, Secretary of State Rex Tillerson announced a reversal of a longstanding policy in Washington. He said that the US was no longer absolutely determined to oust Assad. America’s six year war against his regime was basically over. So why would Assad reignite a conflict with the world’s preeminent superpower with a chemical weapons attack? A conflict that I might add, would greatly reduce the chances of him remaining in power?

Assad is by no means a good guy. He’s not even an okay guy. He is definitely a despot who relies on violence to suppress the population. But he’s never shown any signs of being suicidal. Six years of fighting to maintain his rule proves that. What’s much more likely is that Assad is being set up.

Don’t believe our government’s claims about satellite photography catching Assad’s aircraft dropping the sarin. In fact, the little evidence that has been provided falls on its face once you take a closer look. That’s the determination of Theodore Postol, a physicist and professor at MIT, who reviewed documents released by the White House regarding the gas attack.

Postol said: “I have reviewed the [White House’s] document carefully, and I believe it can be shown, without doubt, that the document does not provide any evidence whatsoever that the US government has concrete knowledge that the government of Syria was the source of the chemical attack in Khan Sheikhoun, Syria at roughly 6am to 7am on 4 April, 2017.

“In fact, a main piece of evidence that is cited in the document point to an attack that was executed by individuals on the ground, not from an aircraft, on the morning of 4 April.

That evidence is a photograph of the shell that delivered the sarin gas, which according Postol, shows signs of having explosives set on top of it before being detonated on the ground. That sounds a lot more like the work of the rebels, not the Syrian government.

“The explosive acted on the pipe as a blunt crushing mallet,” Postol said. “It drove the pipe into the ground while at the same time creating the crater.

“Since the pipe was filled with sarin, which is an incompressible fluid, as the pipe was flattened, the sarin acted on the walls and ends of the pipe causing a crack along the length of the pipe and also the failure of the cap on the back end.”

Keep in mind that Postol is an expert in this field. He’s been advising our government on weapon technologies since the Gulf War. He’s not some armchair scientist. More importantly, after working with our government for so many years, he’s all too familiar with how unreliable intelligence reports from the White House can be.

“All of these highly amateurish mistakes indicate that this White House report, like the earlier Obama White House Report [from Ghouta in 2013], was not properly vetted by the intelligence community as claimed.

“And if those analysts were properly consulted about the claims in the White House document they would have not approved the document going forward.”

Once again, our country has made an attack against a sovereign nation without any justification.