They Are Telling Us That The Next Recession “Won’t Be As Bad As 2008”. They Are Wrong! 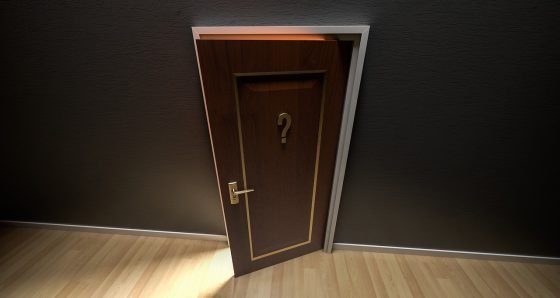 Are we really supposed to believe them?  As the next recession rapidly approaches, the mainstream media is assuring us that there isn’t really that much to be concerned about.  In fact, as you will see below, CNN is assuring us that “the next one won’t be as bad as 2008”.  But how do they know?

After all, we didn’t have a president that was in danger of being impeached in 2008.  As this impeachment process moves forward, the mood of this nation is going to become increasingly sour.  Over in Europe, they are dealing with endless Brexit drama, and over in China, the Hong Kong protests have created instability, unlike anything we have seen in the modern history of that country.  Meanwhile, the Middle East has become an endless source of “wars and rumors of wars”.  At some point, missiles will start flying back and forth and a major war will erupt over there, and that will immediately throw the entire global economy into chaos.  On top of everything else, our planet is shaking like a leaf, global weather patterns are becoming increasingly unstable and crops are failing all over the world.  The truth is that the environment that the global economy operates within is far more unstable today than it was back in 2008, and it wouldn’t take much at all to push us into a complete and utter economic nightmare.

But if you listen to the mainstream media, you would be tempted to assume that everything is going to be just fine.

In fact, CNN just published an article entitled “Not all recessions are a crisis, and the next one won’t be as bad as 2008”…

Recession fears are on the rise in the United States. Memories of the last downturn are exacerbating these worries: The last time America faced a recession was in 2008, as the financial crisis was unfolding. Millions of people lost their jobs, GDP growth plummeted and businesses shut down.

But not all recessions are like that. Sometimes the economy can grow all the way through a recession. In fact, some economists believe the world is in a recession now and most people don’t even realize it.

Wouldn’t it be great if we could go all the way through the next recession without even realizing it?

I would love that.

Perhaps they should invent a way for us to eat Brussels sprouts without realizing it as well.

According to CNN, it is likely that we are headed for a “growth recession” rather than a recession in which we would have “millions of lost jobs like the last recession”…

For the United States, a global growth recession will probably mean sluggish growth, rather than millions of lost jobs like the last recession 10 years ago did. A growth recession would be nothing like 2008, when America entered a so-called technical recession: at least two consecutive quarters of a shrinking economy. The US economy is far away from that.

They can be optimistic if they want, but the thing about sticking your head in the sand is that your rear end is still exposed.

Look, I am not opposed to wishful thinking, but at some point, you have to deal with reality.  Personally, I would like to be able to dunk a basketball like Michael Jordan does, but it just isn’t going to happen.

And our reality is telling us that we are far more vulnerable economically today than we were back in 2008.  Even though we have never had a full year of 3 percent economic growth since the last recession, the Dow Jones Industrial Average is nearly twice as high as it was at the peak of the bubble that burst during the last financial crisis.

In other words, stock prices are absurdly overinflated, and at some point, there is going to be a dramatic implosion.

Much of the growth in stock prices has been driven by companies that are supposedly worth billions of dollars but that don’t actually make any profits.

WeWork is an example of the type of company that I am talking about.  It is constantly hemorrhaging money, but back in January, it was supposedly worth 47 billion dollars.

Of course that number was always completely and utterly ridiculous, and after all the trouble that the company has had in recent months the valuation of the company has changed dramatically.

In fact, at this point, it is being reported that WeWork is only worth about 8 billion dollars…

As WeWork runs out of money, SoftBank Group is orchestrating the company’s “rescue financing plan” that could value it below $8 billion, Bloomberg reports.

Why it matters: $8 billion is a slim fraction of the $47 billion valuation WeWork gleaned in January from SoftBank. The rescue plan also comes after the office-sharing business slammed the brakes on its IPO, causing company bonds to tumble.

So how does a company lose 39 billion dollars in value in less than a year?

Well, it was never actually worth 47 billion dollars in the first place, and the truth is that WeWork is eventually going to zero.

But similar things could be said about company after company.  Wall Street has become a theater for the absurd, and eventually, this whole freak show is going to implode in spectacular fashion.

And so what happens if a historic stock market crash is one of the triggers that plunges us into an extended economic depression like we experienced in the 1930s?

Our society is not equipped to handle something like that.  We are soft, lazy, self-obsessed and completely dependent on the system.  If we had to suddenly become a lot more self-sufficient, most of us would fall flat on our faces.

Earlier today, I came across a Time Magazine article which explained that 71 percent of all 17-to-24-year-olds in the United States do not even meet the most basic qualifications for military service…

Approximately 71% of the 34 million 17-to-24-year-olds in the U.S. would not qualify for military service because of reasons related to health, physical appearance and educational background, according to the Pentagon.

The ineligible typically includes those who are obese, those who lack a high school diploma or a GED, convicted felons, those taking prescription drugs for ADHD and those with certain tattoos and ear gauges, the Wall Street Journal reports, though some requirements can be waived.

Only 1% of young people are both “eligible and inclined to have conversation with” the military about possible service, according to the Defense Department.

This is just one example of how badly our society has declined.

There are thousands more, and I write about them all the time.

So we better hope that things don’t get really, really bad in this country, because it would be a colossal mess, unlike anything the world has ever seen before.