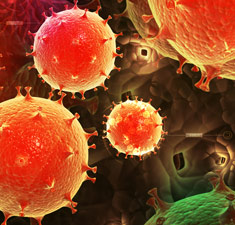 This guide was originally published by Joshua Krause at Tess Pennington’s ReadyNutrition.com. 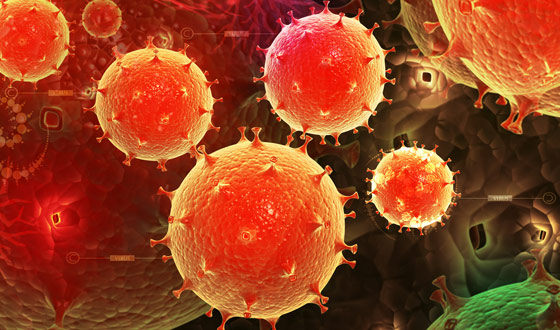 Mother Nature Has Plans of Her Own

This is evident if you only take a quick look throughout history. During the most tumultuous times in human history, it wasn’t violence that killed the most people, but disease and starvation. Even during war, when violence reached its apex, most of the soldiers didn’t die from violence, and that remained the case until the 20th century. During the American Civil War for instance, for every three soldiers who died on the battlefield, five died of disease.

It’s important to remember that if society were to collapse, it would be tantamount to traveling back in time to when modern amenities didn’t exist. And without those amenities, there are a ton of pathogens that can kill you. So before you blow your entire prepping budget on guns and body armor, consider some of the many unglorified ways that the collapse of society could cut you down.

These are the Seven Likely Causes of Death When the SHTF

The world was a hell of a scary place before the invention of antibiotic medications. Any nick or scratch could lead to an untreatable infection, and communicable diseases often ran rampant. Nowadays our antibiotics can treat these diseases, but just barely. As various strains of bacteria become immune to these treatments, we’re rapidly approaching a post-antibiotic world that looks an awful lot like the old world. If society collapses then these souped up diseases are going to be unleashed without any inhibitions. Tuberculosis, staph, typhoid, strep throat, MRSA, and E. Coli will become all too common.

If society collapses, people are going to suddenly find themselves reliant on local water sources, and unfortunately those water sources are going to be contaminated. It’s often the case that natural ponds and stream are already unsafe to drink, but the same disaster that cuts off your tap is going to make that water even more dangerous.

Without running water, people will be forces to leave their waste in their immediate environment, where it will likely mingle with local water sources. This among other unsanitary conditions can cause a whole host of water-borne diseases including gastroenteritis, Hepatitis A, intestinal parasites, Diphtheria, cholera, typhoid, and even polio. Here are 9 common water-borne illnesses to prepare for in a disaster scenario.

It takes all the might of modern civilization just to keep certain pests in check. But when the garbage trucks stop showing up and the swimming pools turn green, you can bet that the rats and mosquitoes will proliferate like crazy. And they’ll be carrying diseases that are the stuff of nightmares. Rats will carry the hantavirus, leptospirosis, salmonellosis, and the plague; and in North America, mosquitoes will most likely be carrying dengue fever. Here are some tips to rat-proof your preparedness supply closet.

A lot of people will be forced to go without adequate shelter after the collapse. So when winter arrives, you’re going to see a lot more weather related ailments. We’re all very familiar with flu season, but most people don’t realize that cold weather conditions can spawn numerous diseases, most of them respiratory related. Between the lack of sunlight, people crowding indoors, and the poor circulation caused by cold weather, there will be more cases of strep throat, pneumonia, croup, bronchiolitis, ear infections, and the stomach flu. To prepare for this, understand that hospitals and medical care may not be available (or too dangerous to get to). You may want to consider storing natural remedies, herbal poultices and tinctures to assist in these cold weather ailments.

In a roundabout way, malnutrition would probably be the leading cause of disease after the SHTF. That’s because your diet is tightly linked to the quality of your immune system, so if you’re not getting enough calories, protein, vitamins or minerals, you’re more susceptible to every ailment under the sun. However, malnutrition is most associated with conditions like scurvy, rickets, pellagra, goiters, and beriberi.

The collapse of society would destroy every kind abundance that the modern world provides us, and in return, the only thing that would be in abundance are the dead. Dead bodies, especially the kind that were infected with disease to begin with, pose a serious health threat. Without a functioning society, and with bodies piling up faster than they can be buried or cremated, these cadavers would litter our towns and cities, and would most likely pose a serious threat to local water supplies.

Overshadowing many of these medical ailments will be disease. In fact, many believe that disease would be the real killer if the world fell apart and would dwarf the number of casualties caused by violence. Diseases are opportunists and tend to surface at a time the conditions are right for them to flourish. A long-term emergency would be just the right time, wouldn’t you say? These 10 diseases could become common medical emergencies. Make sure you have a well supplied medical closet and a sick room prepared for these issues.

There is a Silver Lining

As bleak as that sounds however, there is a silver lining. Prepping to prevent disease and infection is a lost less intimidating, and a lot more affordable than preparing to face-off against your fellow-man.

In fact, it’s as simple as stocking up on very general supplies that you should be accumulating anyway. Having plenty of food, toiletries, basic medical supplies, and water purification tools, will go a long way toward keeping you safe from the ravages of disease.