The Worst Unemployment Spike In U.S. History – 1 Out Of Every 4 Workers Has Filed For Unemployment Benefits In 2020 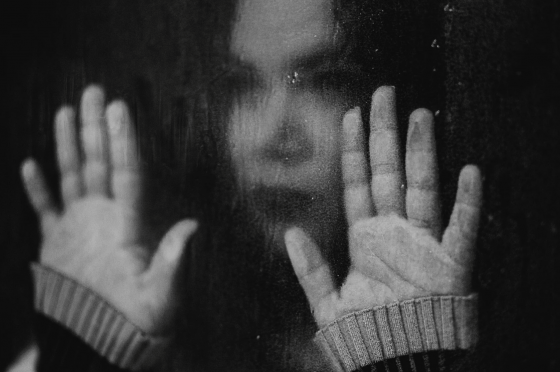 Even though most U.S. states have begun the process of “reopening” their economies, the unprecedented tsunami of job losses that we have been experiencing just continues to roll on.  On Thursday, we learned that another 2.4 million Americans filed initial claims for unemployment benefits during the previous week, and that brings the grand total for this pandemic to a whopping 38.6 million.

To get an idea of just how badly this swamps what we witnessed during the last recession, take a look at this chart.  This is the biggest spike in unemployment in all of U.S. history by a very wide margin, and analysts are expecting another huge number once again next week.

After my father got out of the U.S. Navy, he worked as a math teacher for many years, and throughout my life, I have always had a deep appreciation for numbers.

And in this case, the numbers are telling us that we are facing something truly horrific.

During the month of February, the number of Americans that were currently employed peaked at 152,463,000.

If you take the 38.6 million workers that have filed for unemployment benefits during this crisis and divide it by 152,463,000, you will find that it gives you a figure of more than 25 percent.

In other words, more than one out of every four jobs in the United States is already gone, and more job losses will be coming week after week.

And of course, not everyone that loses a job actually files a claim for unemployment benefits.  So the true percentage of Americans that have lost a job would be even higher.

It had been hoped that the unemployment numbers would begin to normalize once states began “reopening” their economies, but so far that is not really materializing.

For example, Georgia was one of the first states to begin lifting restrictions, but that state also “now leads the country in terms of the proportion of its workforce applying for unemployment assistance”…

Georgia’s early move to start easing stay-at-home restrictions nearly a month ago has done little to stem the state’s flood of unemployment claims — illustrating how hard it is to bring jobs back while consumers are still afraid to go outside.

Weekly applications for jobless benefits have remained so elevated that Georgia now leads the country in terms of the proportion of its workforce applying for unemployment assistance. A staggering 40.3 percent of the state’s workers — two out of every five — has filed for unemployment insurance payments since the coronavirus pandemic led to widespread shutdowns in mid-March, a POLITICO review of Labor Department data shows.

Our politicians really didn’t understand what they were doing when they started locking down state after state.  Coming into 2020, the U.S. economy was in an extremely fragile state and was already moving rapidly toward recession territory, and now the fear of COVID-19 has burst all of our economic bubbles.

The U.S. economy is now in a death spiral, and a survey that was just conducted by the Census Bureau came up with some numbers that are simply eye-popping…

Nearly half of Americans say that either their incomes have declined or they live with another adult who has lost pay through a job loss or reduced hours, the Census Bureau said in survey data released Wednesday.

More than one-fifth of Americans said they had little or no confidence in their ability to pay the next month´s rent or mortgage on time, the survey found.

Already, we are beginning to see mortgage delinquencies rise to very alarming levels.

In fact, in April we witnessed the largest single-month jump that has ever been recorded…

Mortgage delinquencies surged by 1.6 million in April, the largest single-month jump in history, according to a report from Black Knight, a mortgage technology and data provider. The data includes both homeowners past due on mortgage payments who aren’t in forbearance, along with those in forbearance plans and who didn’t make a mortgage payment in April.

At 6.45%, the national delinquency rate nearly doubled from 3.06% in March, the largest single-month increase recorded, and nearly three times the prior record for a single month during the height of the financial crisis in late 2008, Black Knight said.

Sadly, the truth is that this is only going to get worse.

The “enhanced unemployment benefits” that Congress recently passed have been helping many unemployed Americans to pay their mortgages, but now it appears that President Trump and Senate Majority Leader Mitch McConnell do not intend to extend those benefits past the July deadline.  They are concerned that those benefits have been so generous that they have been discouraging many Americans from going back to work, and they are quite right about that.

Unfortunately, it isn’t just homeowners that have been missing payments.

At this point, the entire commercial real estate industry is on the precipice of a meltdown as rent payments and mortgage payments are being “skipped” all over the nation on a widespread basis.  On Thursday, we learned that even the owners of The Mall of America have been skipping their mortgage payments…

The biggest shopping center in the country, The Mall of America, has missed two months of payments on its $1.4 billion mortgage, a sign of just how much retail real estate owners are reeling during the coronavirus pandemic.

The mall, operated by private developers Triple Five Group, skipped mortgage payments in April and May, according to Trepp, a New York-based research firm that tracks the commercial mortgage-backed securities, or CMBS, market.

Unless Congress steps in and showers the entire commercial real estate industry with giant mountains of cash, I don’t see how an unprecedented meltdown can be averted.

It is going to be horrifying to watch, and it is going to absolutely dwarf anything that we witnessed in 2008.

Of course similar things can be said about the economy as a whole.  At this point, Bank of America is projecting that U.S. GDP will fall 40 percent on an annualized basis during the second quarter of this year…

Now that banks have had a chance to evaluate the collapse in the economy in the post-covid world, a new round of GDP forecast revisions is coming, and it’s a doozy, with Bank of America spearheading the latest effort by slashing its Q2 GDP forecast from -30% to -40%.

Not without a trace of irony, BofA’s chief economist Michelle Meyer writes that “words cannot describe” the loss in economic output, which is “unlike anything we have seen in modern history.”

When Bank of America starts sounding like The Economic Collapse Blog, that is a clear sign that things are really starting to fall apart in a major way.

Now that restrictions are being lifted all over the nation, the number of confirmed COVID-19 cases is starting to rise again, and fear of this virus is going to paralyze economic activity for the foreseeable future.

About the Author: I am a voice crying out for change in a society that generally seems content to stay asleep. My name is Michael Snyder and I am the publisher of The Economic Collapse Blog, End Of The American Dream, and The Most Important News, and the articles that I publish on those sites are republished on dozens of other prominent websites all over the globe. I have written four books that are available on Amazon.com including The Beginning Of The End, Get Prepared Now, and Living A Life That Really Matters. (#CommissionsEarned) By purchasing those books you help to support my work. I always freely and happily allow others to republish my articles on their own websites, but due to government regulations I need those that republish my articles to include this “About the Author” section with each article. In order to comply with those government regulations, I need to tell you that the controversial opinions in this article are mine alone and do not necessarily reflect the views of the websites where my work is republished. The material contained in this article is for general information purposes only, and readers should consult licensed professionals before making any legal, business, financial, or health decisions. Those responding to this article by making comments are solely responsible for their viewpoints, and those viewpoints do not necessarily represent the viewpoints of Michael Snyder or the operators of the websites where my work is republished. I encourage you to follow me on social media on Facebook and Twitter, and anyway that you can share these articles with others is a great help.  During these very challenging times, people will need hope more than ever before, and it is our goal to share the gospel of Jesus Christ with all many people as we possibly can.