The World’s Purest Silver Producer Just Made A Stunning Forecast: Gold Could Go To $8000 Per Ounce, Silver To $200 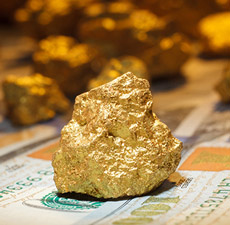 As stock markets around the world crashed in early January of this year amid panic selling, investors seeking safety began allocating their portfolios towards precious metals assets. While prices in almost every other asset class dropped precipitously, physical gold and silver, as well as the publicly traded companies that mine them, exploded to the upside. It was exactly the confirmation those on the sidelines had been looking for, as it proved that in the heat of crisis and confusion, money would flow to historical safe haven assets of last resort.

At the time, Keith Neumeyer, the CEO of the world’s top primary silver producer boldly predicted that silver would rise to $20 by the end of the year, which would mean a 40% rise. Neumeyer’s prediction came to pass in half the time and along with it came a 600% increase in the price of shares for his company First Majestic Silver, further confirming his assessment that investing in precious metals producers is a powerful way to leverage rising prices in the physical metals.

Now Neumeyer, who is also the Chairman of  gold-focused mineral bank First Mining Finance (which has seen a 220% increase this year), has another bold prediction. With his insider understanding of the resource market and close relationships with many in the industry, Neumeyer says we should prepare ourselves for gold to rise to a possible high of $8,000 per ounce, which would mean at least at least $200 for silver, with the potential to go significantly higher. Even Neumeyer himself notes in an interview with Future Money Trends that some who hear his latest forecast may consider it “far-fetched.” But make no mistake, the supply fundamentals, increased demand from the tech industry, and the generally panicked investment environment around the world, suggest Neumeyer is once again right on target.

We’re starting to see some new buyers come into this market… We’re seeing some very, very high net worth people come into gold… some huge institutions that didn’t even touch the metal before are now advocating that you have to own gold… I listen daily now to new people getting on to the gold story… I think that’s going to change the demand dynamics of the metal going forward.

We only have a couple companies on the planet that can call themselves true silver companies and that tells me silver mines are way rarer than people actually think they are and that’s still not priced into the market.

We’re mining 9-to-1… So for every ounce of gold we’re mining nine ounces of silver… and we’re trading somewhere in the low 60-to-1 range and that, to me, is absolutely ridiculous. I think we will see much, much lower ratios closer to the ratio where we’re currently mining.

Keeping in mind that Keith Neumeyer is the CEO of the world’s leading primary silver producer, the fact that they are mining nine ounces of silver for every ounce of gold, and with the current trading ratio at about 60-to-1, current prices are completely disconnected from reality.

In essence, what this ratio means is that, at current prices, either gold needs to drop to $180 per ounce, or silver needs to rise to about $140.

Given the state of affairs globally, we can safely say that gold isn’t going to drop that low, which leaves only one real possibility and that is that silver will continue to rise in coming months and years.

And with silver rising and gold likely to continue doing so, Neumeyer says everyone should have some physical gold and silver in their portfolios as insurance for continued central bank currency destruction and economic calamity.

From an investment standpoint, however, he says owning resource mining stocks will significantly leverage any upside moves in precious metals:

Mining stocks as a whole outperform the metal by a factor of two or three to one. So, of course you should have physical metal in your portfolio. I think everyone should have a little bit of silver and a little bit of gold. But at the same time, if you really want to make serious money investing in this sector you’ve got to buy good quality stocks run by good management teams like in the case of First Mining Finance and of course First Majestic Silver.

We have already seen what happens with physical precious metals prices and their producers when capital shifts out of broader stocks as it flees to safety on two occasions this year. Those stock corrections were minor compared to what’s coming.

Within this context, consider what gold, silver and resource stocks will do when that next wave of wealth destruction happens.

For more interview like the one you just saw visit Future Money Trends.