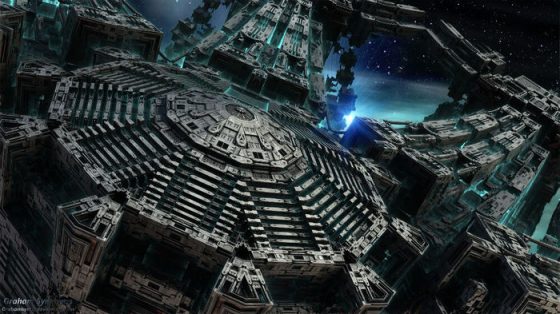 On November 12, Asgardia cemented its presence in outer space by launching the Asgardia-1 satellite.  The nation is slowing coming to fruition.

The “nanosat”  is roughly the size of a loaf of bread and undertook a two-day journey from NASA’s Wallops Flight Facility in Virginia, the United States, to the International Space Station (ISS). It contains 0.5 TB of data belonging to 18,000 of Asgardia’s citizens, such as family photographs, as well as digital representations of the space nation’s flag, coat of arms, and constitution. While Asgardia’s citizens will remain based on earth, for the time being, the satellite launch brings the nation one step closer to space.
Asgardia-1 made its journey to the ISS aboard the OA-8 Antares-Cygnus, a NASA commercial cargo vehicle.
Now it must wait for about three weeks as vital supplies and scientific equipment are transferred from the NASA ship to the six people currently living at the ISS. The nanosat will then be detached from the NASA vehicle and begin its own orbital journey around the earth. Citizens’ data will remain in orbit for between five and 18 months, the typical lifespan of this type of satellite. It will then burn out and disappear.
Russian scientist Dr. Igor Ashurbeyli founded the world’s first independent nation to operate in outer space in October 2016. Named after a Norse mythological city of the skies, Asgardia is free to join and so far, about 114,000 people have signed up. Within 40 hours of the project being announced in 2016, over 100,000 people had applied for citizenship on Asgardia’s website. After three weeks, Asgardia had 500,000 applicants. Anyone over 18 years old, with an email address, regardless of gender, nationality, race, religion, and financial standing can apply for citizenship — including ex-convicts, provided they are clear of charges at the time of application

According to CNN,  Ashurbeyli says the project’s mission is to provide a “peaceful society,” offer easier access to space technologies and protect Earth from space threats, such as asteroids and man-made debris in space.

For Ashurbeyli, the launch fulfills a pledge he made when establishing the “space nation” to take its citizens to space via their data. “I promised there would be a launch,” he says. “We selected NASA as a reliable partner … because we have to meet the commitments that I made 13 months ago.”
“I was interested in doing something unusual that nobody else was doing,” Ashurbeyli told CNN. “It was my dream to create an independent country.” That ambition became more concrete after Ashurbeyli gave a speech at a conference on space law at McGill University in Montreal in 2016, where he was inspired by a discussion about the laws governing murder, marriage, and divorce in space. “I thought: ‘Why not organize a country?’ Not only for lawyers. But for technicians, for engineers, for every human … because he’s currently restricted by the laws of the country he was born in.”