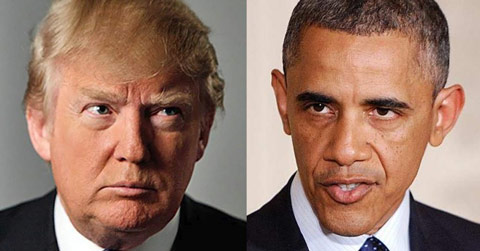 According to the White House, Donald Trump’s latest idea to pause immigration from Middle East countries, specifically by Muslim migrants, is so extreme that he no longer qualifies for the Presidency.

“The fact is the first thing a President does when he or she takes the oath of office is to swear an oath to preserve, protect and defend the Constitution of the United States. And the fact is that what Donald Trump said yesterday disqualifies him from serving as President.”

Though Trump’s comments on restricting immigration for Muslims until the government is able to sort out appropriate vetting processes may be radical, the true fact is that millions of Americans sitting at their dinner tables are thinking exactly the same thing, and if they could say it in public without being vilified as being bigots or racists they would.

Obama administration policies over the last seven years have made it possible for Islamic extremists to enter our country without so much as obtaining an ID card. Now we have people being killed in Jihad attacks on American soil and when a candidate proposes a solution that doesn’t involve disarming the citizenry or nullifying the Second Amendment he is lambasted for it and accused of being a fascist.

Half of the American people already put a Communist in office – the very antithesis of preserving, protecting and defending the Constitution of the United States. But somehow being a proponent of Marxism is not worthy of disqualification for the Executive Office of the President of the United States.

If nothing else, Donald Trump has opened a REAL discussion on commonsense ideas rather than the failed policies of both Republicans and Democrats over the last two decades.

Prepare For Anything: Are You Ready For What Comes Next?