The Vehicle as Terror Weapon: “These Tactics Represent The New Blueprint Among Terrorists For Causing Mayhem” 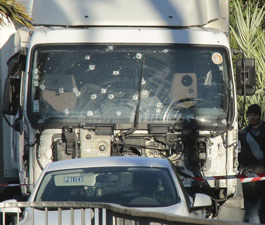 This article was originally published by Joe Alton, MD at DoomAndBloom.net

Dr. Alton is the co-author of The Survival Medicine Handbook, an essential guide for when medical help is NOT on the way. 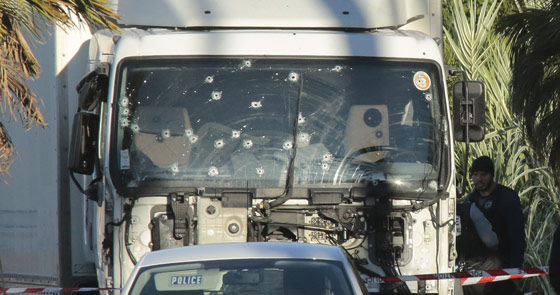 In these days of Pokemon Go and other smartphone distractions, you’re seeing more and more people oblivious of their surroundings. In the past, this might get you a bump on the head by walking into a lamp post. In today’s world, however, it could cost you your life.

As an Anglophile, I have often visited London and walked from my hotel to parliament and other sites via the Westminster bridge. Today, on the anniversary of the terrorist attack in Belgium, someone used a vehicle to mow down pedestrians on the bridge and then, apparently, left the car to continue a rampage that has left a number of casualties in its wake.

The British authorities are just beginning to label the event a terrorist attack. I have little doubt of it. The Daily Caller has favored me by publishing some of my political articles, but my avocation is that of a disaster preparedness expert. In this uncertain world, I work to promote the development of a culture of situational awareness to avoid the possibility of becoming a victim of just such an attack.

Situational awareness involves understanding factors in your immediate vicinity that might represent a threat. I’m not talking about second-hand smoke; I’m talking about serious dangers that you can avoid with rapid action.

Vehicular terrorism is not new, with Israel the scene of multiple attacks in past years. It’s becoming more and more common in the West, however, with attacks in Nice, France on Bastille Day and in Berlin at a Christmas market. In the United States, a Somali student used his car to run over several people at Ohio State University and then perpetrated a knife attack on those who, ironically, ran over to see if he was injured. Many similar events rarely make the news.

Terror attacks are often associated with bombs, but making a bomb requires some expertise to assemble safely. Guns, the other preferred weapon, are difficult to come by in most countries other than the U.S. Owning or renting a vehicle, however, is easy. Trucks and cars can cause mass casualties if wielded as a weapon; obtaining one isn’t an act that evokes suspicion.

Recently, an article titled “Just Terror Tactics” was published by the English-language ISIS magazine “Rumiyah”.  It described which vehicles will cause the most damage and called for attacks on Western crowds. “It is a simple idea and there is not much involved in its preparation,” the article said. “All what is needed is the willingness to give one’s life for Allah.”

The article goes on: “Pick your location and timing carefully. Go for the most crowded locations. Narrower spots are also better because it gives less chance for the people to run away. Avoid locations where other vehicles may intercept you…”

“To achieve maximum carnage, you need to pick up as much speed as you can while still retaining good control of your vehicle in order to maximize your inertia and be able to strike as many people as possible in your first run.”

The writer also suggested attackers weld steel blades onto the front of an SUV: “They do not need to be extra sharp because with the speed of the truck at the time of impact, even a blunter edge would slice through bone very easily. You may raise the level of the blades as high as the headlights. That would make the blades strike your targets at the torso level or higher.”

These tactics represents the new blueprint among terrorists for causing mayhem. Few people pay much attention to traffic unless they’re driving a vehicle themselves or crossing the street. The speed at which a vehicle can accelerate and turn into a crowd leaves little reaction time. Therefore, the “success” rate of this type of terror event may surpass even a gunman’s ability to cause deaths and injuries.

I advocate for a constant state of “Yellow Alert” when in public spaces. By that, I mean a calm but vigilant observation of what’s happening around you. Look for anomalies in behavior that might warn you of nefarious intentions. For example, hopping up and down and screaming may be normal at a rock concert, but it’s an anomaly at Starbucks.

This attitude is useful, but it’s difficult to respond quickly enough to avoid an oncoming car or truck.  When a vehicle moves erratically or leaves the normal pattern of traffic, it’s an anomaly that requires quick action. Mentally noting routes of escape whenever you’re in public will give you the best chance of escaping. Just as knowing the location of exits in a mall or theatre is good policy, a heightened awareness is now important at any public area near roadways.

For vehicular terrorists, the target will be crowds of people near the street. Their objective is mass casualties, and those pedestrians nearest the curb will bear the brunt of the attack. Consider walking on the fringe of a crowd away from the road to give yourself the most options. In the center, the masses, not your own good judgment, will dictate your movement.

Municipalities can protect their citizens from vehicular terrorism by constructing barriers known as “bollards” which stop vehicles from entering pedestrian areas. These can be seen outside many government buildings and airport terminals. Expanding their use to areas that attract crowds would be an important consideration for the future.

I’m not the only one thinking of how to deal with vehicular terror. The FBI and the Department of Homeland Security recently issued a release warning of vehicular terrorism and how to identify an imminent attack. The release acknowledges the time issues in reacting to such events, but includes the following things to look for:

I’ll admit that the likelihood you’ll be in the path of a terrorist using a vehicle, or any other weapon, is very small. Panic isn’t the answer, but these are troubled times; the more situationally aware you are, the safer you’ll be.

Joe and Amy Alton are the authors of the 3 category #1 Amazon Bestseller “The Survival Medicine Handbook“.  See their articles in Backwoods Home, Survival Quarterly, and other great magazines. For over 900 articles on medical preparedness in wilderness, disaster, or other austere settings, go to their website at www.doomandbloom.net. The opinions voiced by Joe Alton, M.D., and Amy Alton, A.R.N.P. are their own and are not meant to take the place of seeking medical help from a qualified healthcare provider.  All email content sent by the Altons are copyright DoomandBloom llc, 2017, all rights reserved.