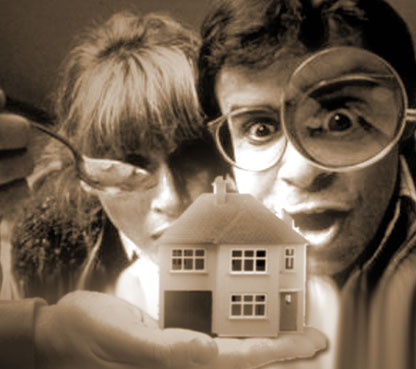 Editor’s Comment: It just ain’t what it used to be. The dollar has been stretched to the max, and most people have been stretched too thin. While many Americans have been out of work and discouraged from returning to the work force, many more people are holding on to what they’ve got, but finding that what they earn hardly qualifies for the standard of “middle class,” especially when all the costs, taxes, penalties, accumulated debt and necessities are taken into account.

Let’s hope someone does ‘make America great again,’ because where we’re headed now is just a long, cold slide into oblivion as more and more find themselves on the margins, and in between the cracks. Who is it that put down the squeeze, again?

Honey, I Shrunk the Middle Class: Perhaps 1/3 of Households Qualify

If it takes more than $126,000 to fund a qualitatively defined middle class lifestyle, what sense does it even make to call this “middle”?

My analysis suggests that by more qualitative measures, no more than a third of U.S. households qualify as middle class: claiming 49% of the nation’s households are still middle class is a gross exaggeration.

My analysis starts with the minimum fundamental lifestyle and wealth requirements of middle class membership: In What Does It Take To Be Middle Class?, I listed these requirements:

3. Income/expenses that enable the household to save at least 6% of its income.

5. The ability to service all expenses over the medium-term if one of the primary household wage-earners lose their job.

6. Reliable vehicles for each wage-earner.

7. The household does not depend on government assistance to maintain the family lifestyle.

8. A percentage of hard assets beyond the family home that can be transferred to the next generation.

10. Leisure time devoted to the maintenance of physical/spiritual/mental fitness.

In other words, middle class cannot be meaningfully defined by income alone. The middle class is more than owning a home (especially if the equity is modest or dependent on the asset bubble du jour): the most fundamental qualities of the middle class are not measures of income or bling, though obviously income is necessary to provide them:

— the ability (and willingness) to invest in children

— the ability (and willingness) to transfer accumulated real wealth to the next generation.

Income is not an accurate proxy, as many high-income households are living paycheck to paycheck: regardless of their income, they don’t qualify as middle class by qualitative standards.

Middle class is more than income–it’s a value system that recognizes the necessity of sacrifice, frugality, capital and long-term planning. If high-income households squander all the income on eating out, lavish vacations, matching luxury-brand autos, etc., they aren’t middle class: their values do not support investing in their children’s future, their own retirement (so they won’t be a burden to their adult kids) and on building wealth that won’t vanish when the current asset bubble bursts.

By my calculation (admittedly coarse, given the huge range of living expenses from lower-cost regions to sky-high locales on the Left and Right Coasts), around $100,000 for state/corporate employed adults (i.e. jobs that provide healthcare and retirement/401K benefits) and $130,000+ for self-employed people (who have to pay their own healthcare and retirement costs) is more or less the minimum required to fund the qualities described above.

It’s remarkably easy to earn this income and have very little to show for it by year-end, so this is (at least in many areas) bare-bones. The Pew report places households with incomes from from $42,000 to $126,000 as middle class. Judging by my estimates, it would very difficult to meet these qualitative standards on $52,000 household income unless housing was nearly free (for example, the family house was owned free and clear and property taxes were low).

In many Left and Right Coast cities, $52,000 is essentially poverty level. Even in lower-cost areas, it would take at least 50% above median household income to fund a middle class life.

Meanwhile, the Federal Reserve’s policy of inflating bubbles in assets that were once stable places to build lasting equity (for example, housing) has devastated middle class wealth. Adjusted for inflation (which is likely under-stated, since big-ticket items such as college tuition and healthcare are under-represented in official inflation), household wealth has gone nowhere for over 20 years. Two immense asset bubbles have inflated and popped in the past 15 years, and what has that done for middle class wealth? Nothing positive.

We should also note that most of the “middle class” wealth is held by the top slice of the upper middle class and the wealthy Aristocracy above them: The current credit-asset bubbles are now poised to burst. What will that do to what remains of middle class wealth? We can be sure it won’t be positive.

If we consider the qualitative requirements, it is unlikely that more than one-third of households qualify as middle class. If it takes more than $126,000 to fund a qualitatively defined middle class lifestyle, what sense does it even make to call this “middle”?