The U.S. Economy IS RIGGED, & It Isn’t To Favor You 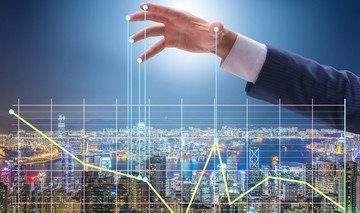 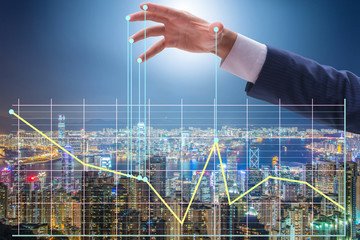 Most Americans correctly believe that the United States economy is rigged and manipulated.  While most don’t understand how (The Federal Reserve, lobbying, and taxation) it’s done, businesses and government regularly collude to create an economy most favorable to their own wealth and power goals.

Establishment elitists in both business and government collude regularly to run the American economy to their own advantages and have increasingly done so for decades.  It isn’t really a secret. Although while some media sites claim Americans have rebelled, that number is few.  Most are more than content to be used as tax cattle and cannot be bothered to put down their phone long enough to realize it.

The solution to this problem cannot be found then, in more government since they are the ones colluding to rig the economy in their favor. Laws are not written to control the elites, the elites write them to control everyone else.  When politicians, corporate executives, pundits, journalists, academics, and activists alike propose ways to make society more just or efficient or globally competitive, they invariably call for some kind of government-corporate cooperation, as written by National Interest. But the cooperation, once initiated, seems always to lead to collusion and an economy that will benefit those already at the top at the expense of those who are not.

This isn’t new.  But it is finally becoming common knowledge. Will humanity wake up to the disaster that government (yes, even democracy) has done to everyone?

HOWEVER INNOCENTLY and naturally these collusive, corporatist arrangements have developed in the United States, there can be no mistake about their origins. The approach was pioneered in the 1920s and 1930s, first under Benito Mussolini in Italy and later in Germany under Adolf Hitler. Popular imagination immediately and understandably links fascism to government-sponsored violence and worse. America is free from such horrors, but the economic impulse nonetheless looks remarkably similar.

The fascists wanted control of their economies. Having rejected government ownership of industry—the means by which the communists and socialists achieved centralized control—Mussolini, and after him, Hitler settled on something subtler. They allowed private ownership and acquired control by offering huge benefits to firms that cooperated with their agenda—government contracts, protections from foreign and domestic competition, freedom from certain regulations (even from the law), and help in calming labor disputes—effectively all the advantages of monopolies. It was a prize hard for managers and stockholders to resist. Fascist agendas were, of course, very different and far uglier from those of the United States, but that is a different matter from the means used to serve them. –National Interest

Americans are free from the abundance of violence seen in most fascist states, however, that won’t last. If they do ever figure out that they are nothing more than slaves to be abused and stolen from as the government sees fit, a real rebellion could occur.  And if history has taught us anything, they won’t give up power willingly.

“Fascism should more properly be called corporatism because it is the merger of state and corporate power.” It may be just this association that prompted President Dwight Eisenhower to warn publicly on January 17, 1961, of what he called a “military-industrial complex.”

On top of all of that, we have a police state that is all too happy to get paid with stolen money to make sure the elites stay firmly in power: whether corporate or government.

One of the best and most comprehensive books on the advancement of the police state was written by constitutional attorney John W. Whitehead. Battlefield America: The War On The American People

is the harrowing tale of how we have gotten to a place of totalitarian control without most even realizing it. It has been done to ensure those in power remain in power and the rest of us serve them as they see fit.

Police forces across the United States have been transformed into extensions of the military. Our towns and cities have become battlefields, and we the American people are now the enemy combatants to be spied on tracked, frisked, and searched. For those who resist, the consequences can be a one-way trip to jail or even death. Battlefield America: The War on the American People is constitutional attorney John W. Whitehead’s terrifying portrait of a nation at war with itself. In exchange for safe schools and lower crime rates, we have opened the doors to militarized police, zero-tolerance policies in schools, and SWAT team raids. The insidious shift was so subtle that most of us had no idea it was happening. This follow-up to Whitehead’s award-winning A Government of Wolves is a brutal critique of an America on the verge of destroying the very freedoms that define it. Hands up!―the police state has arrived.

Read The U.S. Economy Is Rigged by clicking here.