The TRUE History Of Fluoridation: Toxicity Was Hidden And LIED ABOUT By The Government 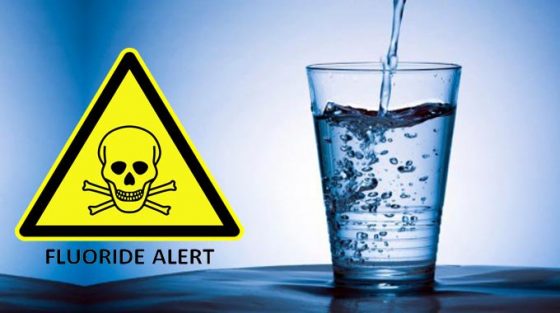 The true history of the fluoridation of water in the name of tooth decay prevention is coming out. As the mainstream media continues to lose its grip on the public’s throat with blatant and intentional fake news, the truth behind all of the lies touted are rising to the surface.

You’ve likely heard it before: “Just get the shot. Just take the medicine. It’s all in your best interest.” But some journalists are finally blowing holes in the government’s propaganda campaign and the media’s history of lying to us for profit. It isn’t just Mike Adams, the Health Ranger who has come out declaring the mainstream media nothing more than the propaganda arm of the deep state, but now John Rappaport is delivering evidence of the dishonesty behind the fluoridation campaign.

Joe Joseph, with The Daily Sheeple walks us through what Rappaport has repeatedly written about: the truth behind the fluoridation of our water.

In 1997, Joel Griffiths and Chris Bryson, two respected mainstream journalists, peered into an abyss. They found a story about fluorides that was so chilling it had to be told.

The Christian Science Monitor, who had assigned the story, never published it.

Their ensuing article, “Fluoride, Teeth, and the Atomic Bomb,” has been posted on a number of websites.

Author Griffiths told me that researchers who study the effects of fluorides by homing in on communities with fluoridated drinking water, versus communities with unfluoridated water, miss a major point: studying the water is not enough; toxic fluorides are everywhere—they are used throughout the pharmaceutical industry in the manufacture of drugs, and also in many other industries (e.g., aluminum, pesticide). –John Rappaprot’s Blog

“Much of the original proof that fluoride is safe for humans in low doses was generated by A-bomb program scientists, who had been secretly ordered to provide ‘evidence useful in litigation’ [against persons who had been poisoned by fluoride and would sue for damages]… The first lawsuits against the US A-bomb program were not over radiation, but over fluoride damage, the [government] documents show,” said the Griffiths/Bryson report.

In order to stop lawsuits against damages done by the government with fluoride on unsuspecting Americans, a dishonesty campaign was set in full force. The government began lying to promote fluoride as a useful agent against tooth decay, even though it’s a powerful central nervous system damaging chemical.

This is something everyone should know. “Now you know why promoting toxic fluoride as a dental treatment was so important to government officials,” Joseph says. “A very interesting part of history that a lot of people don’t know. And, a lot of sound science to back up just how toxic fluoride can be. And here we have it, pervasive in our society, not just in the water that we drink, and the toothpaste that we use, but also, interestingly enough, the major ingredient in a lot of the serotonin reuptake inhibitors and the antidepressants that we see coming out of big pharma; fluoride is a major component of that. If you don’t believe me, check this study out,” Joseph says.

*Both reports are linked below*

Fluoride, Teeth, and the Atomic Bomb