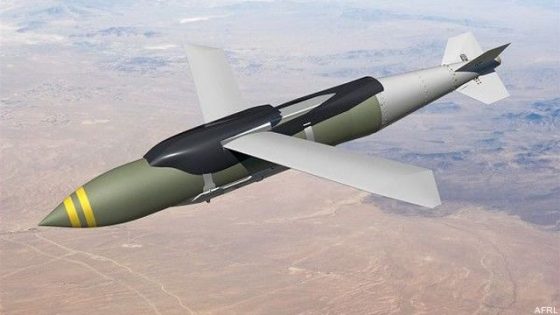 The North Korean regime, run by dictator Kim Jong-Un, may be stopped before a war can even begin. The Air Force has a top-secret weapon that could annihilate the tyrannical country’s missiles, disabling them before they can even be launched.

The Air Force and other government agencies have been working on the weaponization of microwaves for over two decades. According to the Daily Mail, the White House has discussed using experimental microwave missiles against North Korea to disable any of Kim Jong-un’s nukes. The Air Force could use CHAMP (Counter-electronics High Power Microwave Advanced Missile Project) weapons to fry the electronics controlling Kim’s latest rockets, stopping them from being launched. The use of the CHAMP weapons, which are not yet operational, was discussed at a White House meeting on North Korea back in August, according to NBC News.

“These high-powered microwave signals are very effective at disrupting and possibly disabling electronic circuits,” said Mary Lou Robinson, who heads development of the weapons at the Air Force Research Laboratory in Albuquerque, in an exclusive interview with NBC News.

“Think about when you put something in your microwave that has metal on it,” said Senator Martin Heinrich, a Democrat from New Mexico. “You know how badly that goes? Imagine directing those microwaves at someone’s electronics.” Senator Heinrich, a member of the Armed Services Committee, began his career as an engineer at the Air Force Research Laboratory in Albuquerque.

The Air Force Research Laboratory began the CHAMP back in 2009. In 2012, one of the weapons was tested in Utah against electronic equipment that was set up to mirror the capabilities of Iran and North Korea. The weapon managed to wipe out everything inside the first building it targeted, including the camera recording the test, before going on to target five more buildings then crashing itself at a pre-determined site. This is, so far, the only declassified test of a microwave weapon.

Other tests are believed to have taken place since then to improve the weapon, including mounting it on a missile that is harder to detect and upping the power. A 2016 Air Force Research Laboratory document, seen by NBC News, says the low-flying missile is “capable of flying into a contested area and disabling an adversary’s electronic systems.”

“Command and control centers are filled with electronic infrastructure which is highly vulnerable to high powered microwaves,” said retired Lt. Gen. David Deptula, who ran the air wars in Afghanistan and Iraq and retired as the head of Air Force intelligence. Deptula said he believed the United States could use an HPM to disable a ballistic missile on a North Korean launch pad, and that there are many advantages to using microwave weapons in a North Korean scenario. They work in all weather, said Deptula, which helps in the Korean climate, and “they’re employed at the speed of light. You can’t get much faster than that in terms of achieving desired effects.”

If this technology can be used, it could be effective in the prevention of war.