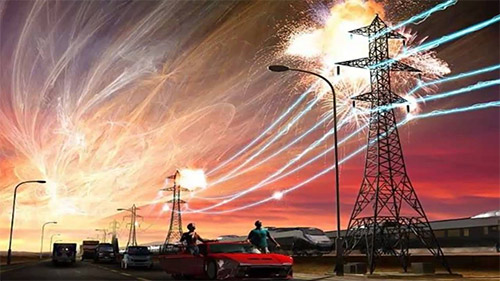 There has been a tremendous amount of technological interchange between North Korea, the Russians, and the Chinese.  North Korea has also been working for years in the refinement (development) of its nuclear arsenal, especially in partnership with Pakistan and Iran.  In a press conference at the Pentagon on October 24, 2014 reporters were briefed by General Curtis Scaparrotti, the U.S. Military Commander in Korea.  This is what the general had to say:

“I believe they [the North Koreans] have the capability to have miniaturized the [nuclear] device at this point, and they have the technology to potentially, actually deliver what they say they have.”

On March 9, 2016, Kim Jong-Un for the first time stated that North Korea had accomplished the miniaturization of nuclear warheads that are compatible with ICBM’s.  Admiral William Gortney, Commander of US NORTHCOM was in front of a Senate Committee on March 10, 2016 briefing them on the potential North Korean nuclear threat.  The Admiral stated it was “prudent to assume Pyongyang had the ability to miniaturize a nuclear warhead” and deliver it via ICBM that could actually strike the continental U.S.

Finally, (and the most compelling proponent of the danger posed by North Korea), Dr. Peter V. Pry, the foremost expert on EMP (Electromagnetic Pulse) threats by established and rogue nations has long upheld that Iran and North Korea hold an EMP first strike as central to their current military doctrines.  Pry has spent countless hours briefing Senate Investigating Committees on the dangers of an EMP strike by these two nations.

This year the North Koreans have ramped up their missile tests exponentially, building off of their R&D for the past five years.  Kwangmyongsong-3, Unit 2 satellite was placed into orbit December 12, 2012.  Kwangmyongsong-4 satellite was successfully launched February 7, 2016.  In April 2016 they tested an ICBM engine.  May 2015 saw their claim of a successful SLBM (Submarine Launched Ballistic Missile) test, their first. Then this year, March 23, 2016, (as reported by CNN’s Don Melvin, Jim Sciutto, and Wil Ripley on April 24), their success became a reality.  Here is an excerpt from that report by CNN:

“After previous launch attempts by Pyongyang failed, this one seems to have gone much better, one U.S. official noted.

“North Korea’s sub launch capability has gone from a joke to something very serious,” this official said. “The U.S. is watching this very closely.”

Asked whether the test was successful, another U.S. official told CNN, “essentially yes.”

The missile traveled 30 km as opposed to the 300 km intended by North Korea, but this is the point: North Korea successfully launched the missile from the submarine.  As can be seen, a U.S. official categorized the test as being successful, as well as another one noting the seriousness of North Korea’s newfound capability.  They have recently been launching short and medium-range missiles in tests, and these tests have been conducted regularly over the past 6 months and almost nonstop.

On July 22, Jane’s Defence Weekly reported that North Korea has constructed a fortified structure (docks) that can potentially shelter ballistic missile-carrying submarines.  Although the report was just made, it was satellite photo imagery that indicated these submarine pens had neared project completion and they were being covered with earth.  The satellite photos indicated that the two enclosures measure 490 feet in length by 32 feet in width, with there being about 50 feet in between the two of them.  The project had actually been started back in October of 2013.

These are pretty serious reports, and as much as they are laughed at and disparaged, the North Koreans are in deadly earnest about doggedly attaining advances in their nuclear forces’ capabilities.  In March of 2016, North Korea threatened that it would conduct a “preemptive and offensive nuclear strike.” The “balance” that has been made is simple, effected by simpletons, as such:

The North Koreans threaten to strike and bluster their nuclear capability.  The United States responds with, “Oh, they can’t do that,” or “they don’t have the technology,” or some other such scoffing characterization.

The frightening thing about this tete–a–tete is that neither side’s leaders or elites will face any kind of danger or peril that would result from a nuclear conflagration, but the populations of both countries would suffer immeasurably.  A general and an admiral have stated their belief in the miniaturization capabilities of North Korea regarding nuclear warheads.  The foremost expert on the EMP has provided prima facie evidence before the Senate and numerous commissions attesting to those capabilities.  Each day North Korea ramps up its tests and its threats.  Russia and China publicly whisper their disapproval of such actions and words while taking no steps to actually stop them.

The next world war will be initiated by a first strike utilizing an EMP weapon.

There is no timetable.  The threat is real, and it is imminent.  It is a matter of time before it is carried out.  Do you want something more tangible?  Here it is.  Now would be a good time to construct the necessary Faraday cages for your sensitive electronic equipment you wish to have after a war commences.  You’ll also need emergency food, water, medicine, and a stockpile of materials to defend it, hopefully in a remote location.

Naysayers and politicians have one thing in common: denial of the reality of a situation.  The difference is that the first group is usually unprepared when it happens and they are ignorant of the situation (in terms of information, and this partially due to denial).  The politicians and leaders are the exact opposite: they deny the reality to obfuscate their complete knowledge of the reality, and they are completely prepared for what will unfold…and those politicians and leaders are prepped and defended on your dime, in every way.