The Taxman Cometh: Court Orders Coinbase To Hand Over Information On Cryptocurrency Users 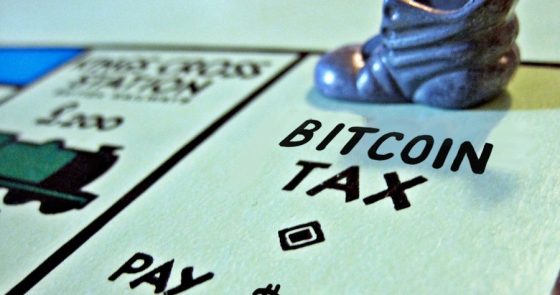 Most could see the writing on the wall: the taxman cometh.  The Internal Revenue Service has been upset that Americans are daring to make money that they cannot tax, but not for much longer.

Bitcoin’s initial big draw was that it was unregulated by the government.  Most digital currencies exist in a sort of twilight state just beyond the grasp of federal regulators, but the U.S. tax authority is starting to get upset that they cannot steal this money, so they’ve figured out how to do just that.

On Wednesday, a federal judge in San Francisco ruled that Coinbase must supply the IRS with identifying information on users who had more than $20,000 in annual transactions on its platform between 2013 and 2015. After noticing that the number of tax returns claiming gains from virtual currency didn’t line up with the emerging popularity of digital currencies like bitcoin as an investment vehicle, the IRS asked Coinbase to hand over a broad swath of information on its users. Coinbase pushed back, and now the court has landed on a compromise that the company is calling a “partial victory.” –Tech Crucnch

“Coinbase itself admits that the Narrowed Summons requests information regarding 8.9 million Coinbase transactions and 14,355 Coinbase account holders. That only 800 to 900 taxpayers reported gains related to bitcoin in each of the relevant years and that more than 14,000 Coinbase users have either bought, sold, sent or received at least $20,000 worth of bitcoin in a given year suggests that many Coinbase users may not be reporting their bitcoin gains,” the court documents read.

The fact that the government couldn’t tax bitcoin was a big selling point for many. Cryptocurrency users who value the decentralization and privacy afforded by digital currencies won’t be happy, but there is a bit of good news. Coinbase succeeded in limiting the government’s initial request for information on all Coinbase users who made transactions from 2013 to 2015 to the smaller subset of high-value users.

The court narrowed the scope of documents that the IRS can request from Coinbase to taxpayer ID number, name, date of birth, address, transaction logs and account statements, deeming the rest of the documents “not necessary.” Again, these personal data requests will only apply to accounts that have bought, sold, sent or received more than $20,000 in any of those types of transactions between 2013 and 2015.

Make no mistake, the taxman cometh.