“The System is Broken”: Americans No Longer Believe In Its Institutions 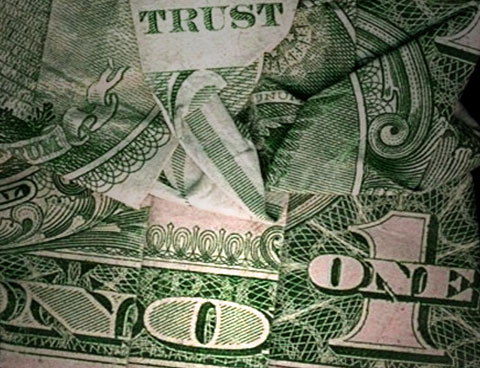 It’s not difficult to see that the foundation is crumbling…

A new Gallup poll has found that already low “confidence” in our system of government, our economy, the media, banking, big business, religious institutions and watchdogs is further eroding.

“Americans’ confidence in most major U.S. institutions remains below the historical average for each one,” a Gallup spokesman said in a news release.

All in all, it’s a picture of a nation discouraged about its present and worried about its future, and highly doubtful that its institutions can pull America out of its trough.

There is plenty of good reason, with evidence uncovered daily, weekly and consistently throughout the years of the hypocrisy and failures of government, the failed promises of politicians, the lies and spin of the mainstream media and newspapers, the greed and exploitation of the financial sector and the “just us” mentality of above-the-law enforcers who are supposed to uphold justice.

Just check out how little faith remains in the structure of, well, just about any institution in America, by the numbers:

Only 8 percent have confidence in Congress, down by 16 points from a long-term average of 24 percent – the lowest of all institutions rated.

33 percent have confidence in the presidency, a drop from a historical average of 43 percent.

32 percent have confidence in the Supreme Court, down from 44.

28 percent have confidence in banks, down from 40 percent.

21 percent have confidence in big business, down from 24 percent.

24 percent have confidence in organized labor, down from 26.

24 percent have confidence in newspapers, down from 32 percent.

21 percent have confidence in television news, down from 30 percent.

What else can be said, but that the system is broken?

Obviously it bears little resemblance to the one envisioned by the founding fathers and their emphasis on separation of powers and limited government.

None of the three branches of government are trusted by even close to a majority of the American populace… maybe that’s to be expected, with frequent media criticisms of political figures in a polarizing two party system.

But other pillars of society have lost their backing of the public, too – in astonishing numbers that show not only that the American dream is dead, but that private institutions are widely perceived as being just as corrupt as public ones (or worse).

To top it off – this perception is entirely deserved. The aftermath of the 2008 financial crisis consolidated the power and wealth of the big banks, and gave the Federal Reserve ultimate power over the economy, while average Americans suffered greatly.

Scandal after scandal revealed that corruption for what it is.

Media scandals – such as Brian Williams’ fabricated war zone stories and George Stephanopoulos’ attempt to conceal his conflicts of interest with the Clinton Foundation – have left a bad taste in the mouth of media consumers already facing fake news indigestion.

The factors are piling up beyond our capacity to excuse them away: fatigue from endless wars and threats of terrorism; cynically-false promises of hope and change; the repeated, brazen trampling of civil rights; a sharp decline of opportunity at the hands of economic recession; trade deals written in secret to enrich corporations; the rise of job-crushing technology and more have all sapped at the American spirit.

Whether most Americans follow these developments or not, they instinctually sense them. No one trustworthy is steering this ship – worse, no one may be at the wheel at all.

Who or what can turn things around?

That remains to be seen, but few will be willing to buy into the system if it remains on course.

It is strong-willed and determined people who have always made this country, and any other, strong and vibrant.

The constant detriment of individual rights and the endless calls to transfer power to the collective – whether inside or outside of government – is the real source of the problem that this Gallup poll reflects.

Our best hope at a better world should start there. Is it still possible?