The State Of Democracy (Is Declining) Around The World

The Economist Democracy Index rates countries on the state of their governing system each year.

In the latest installment published today, Statista’s Katharina Buchholz notes that 22 countries in the world were rated as “full democracies,” including all Scandinavian countries, several Western European nations as well as Canada, New Zealand, Australia, Mauritius, Costa Rica and Chile, which joined the top group in 2019 together with France and Portugal. 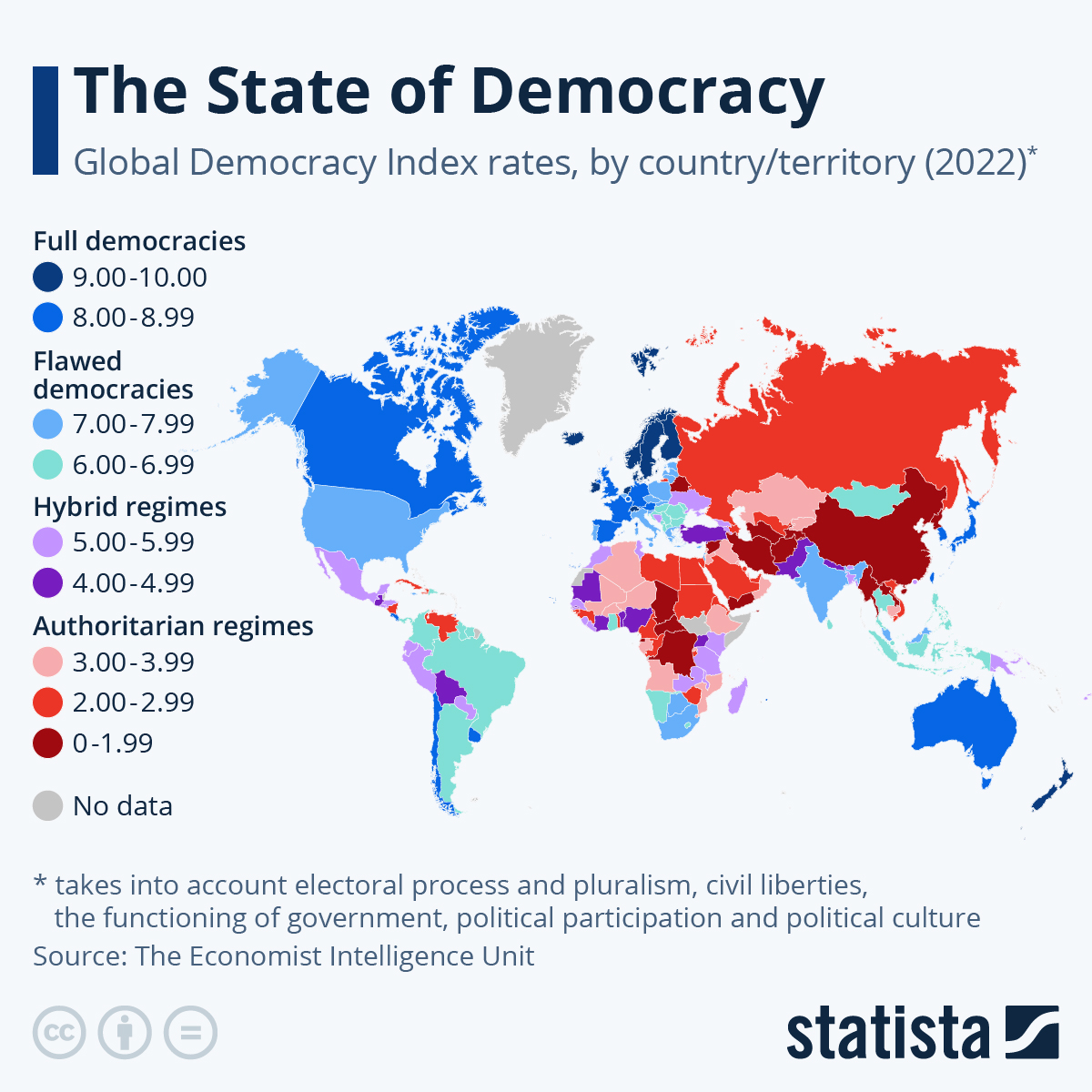 Malta dropped out of the full democracies section. Another country that saw its ratings drop in the past year was Iraq, which left the “hybrid regime” category and became authoritarian. India and China also were rated lower in 2019. India, a flawed democracy, was only rated at 6.9 points while China – an authoritarian regime – was scrutinized for heightened surveillance and human rights abuses in its Eastern regions and only achieved a rating of 2.3 points. The country exhibited the biggest loss of any country in the 2019 ranking and became the 15th least democratic place in the world.

Thailand improved its rating most – by 1.7 points – and became a “flawed democracy.”

Advanced economies like Japan and the U.S. also found themselves in the “flawed democracies” category. According to the report, the persistent success of anti-establishment parties (on the left and the right) was partly to blame for the “decline in the quality of democracy.” Japan, which is rated negatively because of inaction on gender inequality, actually made improvements but still “has a long way to go.” The U.S., finally, lost points because of political gridlock and the partisan nature of the political system. 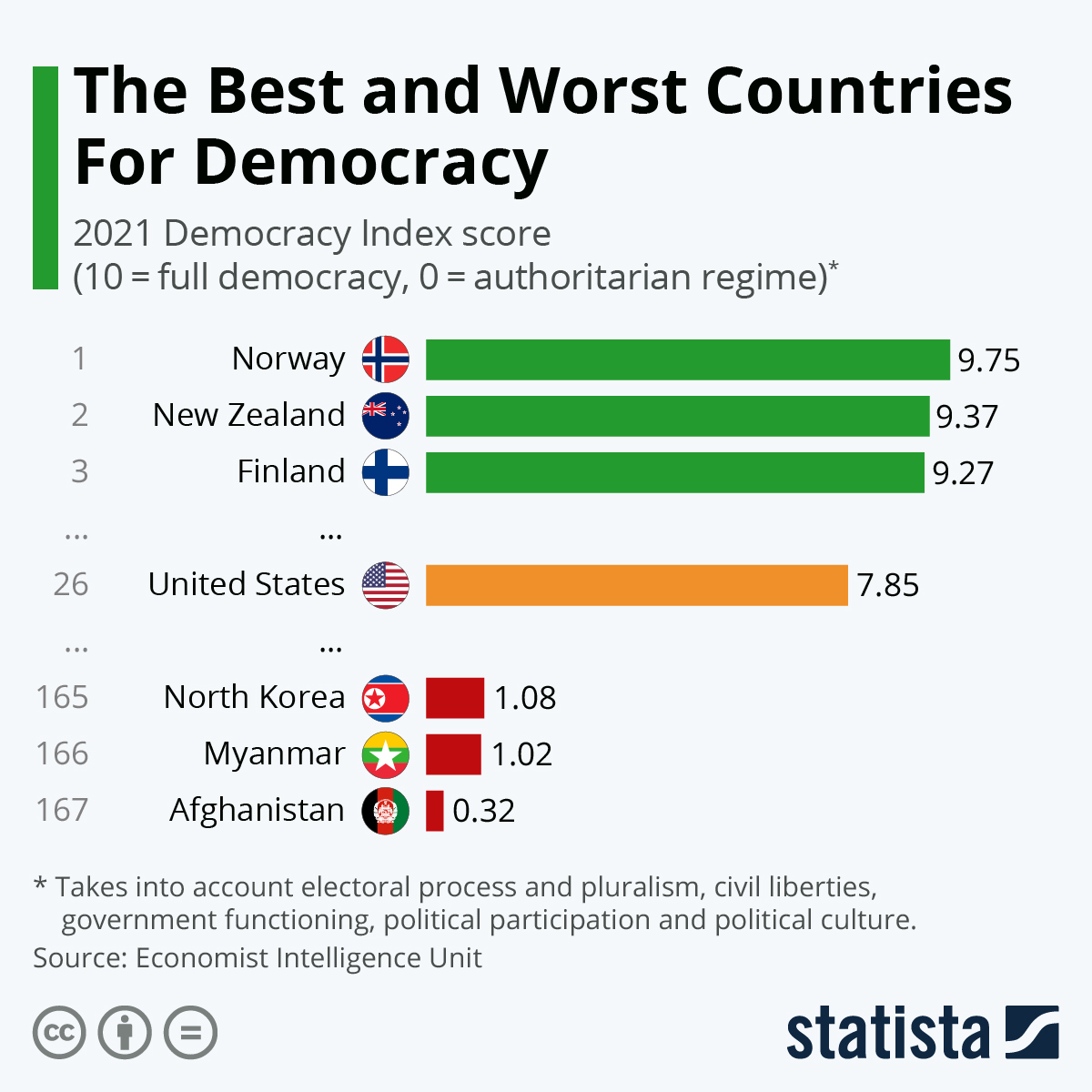 The countries rated most poorly were North Korea, Syria and the Democratic Republic of the Congo. The lowest rated European nations were Belarus, Azerbaijan, and Russia.