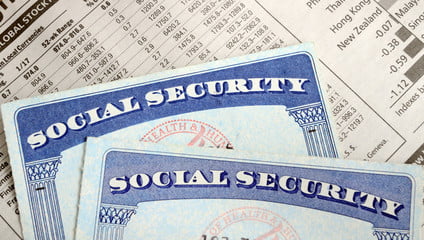 With only 15 years until social security runs out of money, the solution to this failure is being ignored. When the benefits do get cut, they will drop by 25% around 2034 when there are too many people using the government Ponzi scheme and not enough paying into it, or taxes will be increased.

While writing for Market Watch Brent Arends said this is “the wall” Americans should be concerned about. It’s another, much bigger wall than the one under debate at the Southern border. One that few people are talking about. According to the Federal Reserve’s data, at most one-quarter of people who are currently nearing retirement are going to be able to shrug off any cuts at all in Social Security. Actually, it’s probably considerably less than one quarter.  The rest are going to be in some real financial trouble. Most have no passive income and next to nothing in private retirement plans. Far too many have hung their future on a Ponzi scheme.

The Fed looked at the balance sheets of those currently in their 50s who are nearing retirement. For the middle 50% of income earners, Social Security accounts for somewhere between 47% and 64% of their total retirement wealth. For those in the bottom 25%, it’s nearly all of it. They hold, on average, just $28,000 in private retirement plans. Even the figures at the top are not nearly as good as one would think. The top 25% of earners might look all right, but they are “averaged” in the Fed data, so they include billionaires as well.

No one knows if the government will demand higher taxes (more income theft) so the workers can pay for the Ponzi scheme, or if massive cuts to the program will be made. Unfortunately, no one is talking about the one solution that won’t cost anyone anything they don’t want to pay.  A completely voluntary system not run on force and theft: privatizing social security.

Social Security now has a $32 trillion shortfall.  Imagine being taxed enough (stolen from) to cover that! Not many want a solution because a free market solution would actually solve the problem proving the government’s incompetence and push it further toward being obsolete.

Baby boomers are always giving millennials advice on the importance of saving for retirement. But Daniel Ameduri says that the results are in for the retirement experiment of the last 75 years and they’re really bad.

When he was twenty-seven years old, Daniel was on the brink of bankruptcy. A decade later, he’s a multi-millionaire, having taught himself about economics, investing, and other money matters that he never learned at school or at home. The expert guidance he provides in Don’t Save for Retirement: A Millennial’s Guide to Financial Freedom

Working toward retirement at one job for a lifetime is a thing of the past, and isn’t working out at all for millennials. Here’s a better plan for achieving financial independence and living a life you love.