The Ruble, The Dollar And The Price Of Gold – Who Is Really Winning The Economic Chess Game? 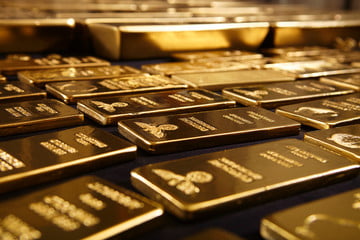 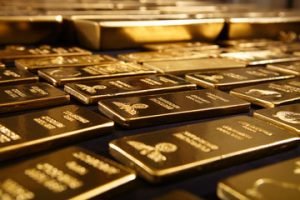 Russia has just made some moves that are going to change the global financial system forever.  When the conflict in Ukraine originally erupted, the U.S. immediately attempted to crash the value of Russia’s currency.

Those attempts were successful for a few days, but now the value of the ruble relative to the U.S. dollar is almost all the way back to where it was before the start of the war.  This has absolutely stunned many experts, because they thought that U.S. sanctions would absolutely cripple Russia.  So what happened?  Well, it turns out that the Russians have made some very savvy moves that have turned the tables on the Biden administration.

For one thing, Russia has started to demand payment in rubles when it sells natural gas to non-friendly nations.  A lot of countries in western Europe are quite upset about this, but they really have no choice, because they are exceedingly dependent on Russian gas.  So from this point forward, western powers are actually going to be forced to help prop up the value of the ruble…

Russia wants “unfriendly countries” to pay for Russian natural gas in rubles. That’s a new directive from President Vladimir Putin as he attempts to leverage his country’s in-demand resources to counter a barrage of Western sanctions.

“I have decided to implement … a series of measures to switch payments — we’ll start with that — for our natural gas supplies to so-called unfriendly countries into Russian rubles,” Putin said in a televised government meeting, adding that trust in the dollar and euro had been “compromised” by the West’s seizure of Russian assets.

Secondly, the Russians have decided that U.S. dollars will no longer be accepted as payment for anything that they sell to other nations.  Pavel Zavalny, the head of the Russian parliament, says that U.S. currency “has lost all interest for us”…

Much more interesting was Zavalny’s main point, even though it has been mostly overlooked. If other countries want to buy oil, gas, other resources or anything else from Russia, he said, “let them pay either in hard currency, and this is gold for us, or pay as it is convenient for us, this is the national currency.”

In other words, Russia is happy to accept your national currency — yuan, lira, ringgits or whatever — or rubles, or “hard currency,” and for them that no longer means U.S. dollars, it means gold.

“The dollar ceases to be a means of payment for us, it has lost all interest for us,” Zavalny added, calling the greenback no better than “candy wrappers.”

This is huge, but it isn’t being discussed much by the corporate media in the United States.

The Russians aren’t just saying that they do not recognize U.S. dollars as the reserve currency of the world any longer.

That would be bad enough.

At this point, they are actually saying that they will no longer accept U.S. dollars as a form of payment at all.

Thirdly, the central bank in Russia has fixed the value of the ruble to the price of gold for at least the next three months…

The Russian central bank will restart buying gold from banks and will pay a fixed price of 5000 roubles ($52) per gramme between March 28 and June 30, the bank said on Friday.

But you won’t hear about this on CNN or MSNBC.

This is a move that could potentially change everything.

But then Nixon took us off the gold standard in the early 1970s, and things have gone haywire ever since.

Now Russia has linked the value of the ruble to the price of gold, and many believe that this is really going to shake things up…

“I am reminded of what the U.S. did in the middle of the Great Depression. For the next 40 years, gold’s price was pegged to the U.S. dollar at $35. There is a precedent for this. It leads me to believe that Russia’s intention would be for the value of the ruble to be linked directly to the value of gold,” Gainesville Coins precious metals expert Everett Millman told Kitco News. “Setting a fixed price for rubles per gram of gold seems to be the intention. That’s pretty important when it comes to how Russia could seek funding and manage its central bank financing outside of the U.S. dollar system.”

Others believe that this move will create great instability in the global financial system.

For example, Tom Luongo is warning that the following could soon happen…

Time will tell if Luongo is right or if he is wrong.

But without a doubt, things have not played out the way that Biden administration officials were hoping.

They had hoped that U.S. sanctions would crush the ruble, the Russian financial system, and the entire Russian economy.

Instead, the Russians have been able to successfully prop up the value of the ruble and have made moves that directly threaten the dominance of the U.S. dollar.

No matter what happens with the ceasefire talks, I expect the United States and Russia to continue this economic conflict for the foreseeable future.

Ultimately, that will be bad for both of our nations.

And as history has shown, economic conflicts have a way of becoming shooting wars way too often.  Needless to say, we definitely do not want a shooting war with Russia.

Leaders on both sides should be attempting to find ways to achieve peace and fix the tremendous damage that has already been done.

Unfortunately, everyone seems to want to continue to escalate matters, and that should deeply alarm all of us.