The President Needs to Purge And Start Fresh: “White House Staff Has Been Infiltrated and Infested” 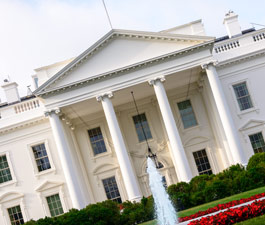 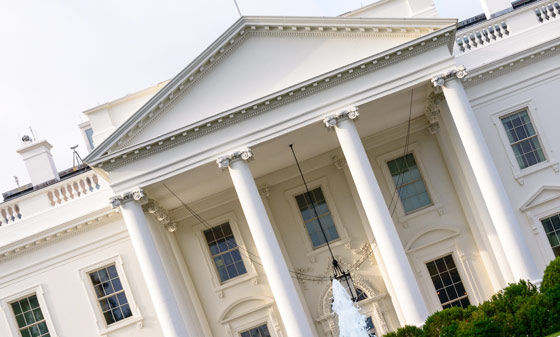 As of this writing, the President is beset by forces in Washington and in the White House who are determined to derail his “cleansing” efforts and continue with their own actions.  Those forces are spearheaded by the RINO (Republicans In Name Only) “5th Columnists” either working directly for and with the Democratic Party or independently of them but for the interests of the Globalist Network.  On December 17, 2016 I wrote a piece for entitled Trump Can’t Stop It: The people who have been orchestrating the collapse have not halted their agendas.  Here is an excerpt:

“He [President Trump] is going to emplace several people in his cabinet who are known to be either in the pockets of the corporations (such as Mnuchin), or have stances that diametrically oppose his own campaign pledges (such as his selection for White House Chief of Staff who supports amnesty for illegal aliens).”

I specifically referred to Priebus in that article and went on to write that the President would either knuckle under to the interests, or else he would be removed from office.  It appears the second option is in motion by the establishment, as he has not knuckled under and has been in the process of cleaning house since day one of his term.  Referring to the excerpt, let it be stressed that Reince Priebus has been a bought and paid for Washington insider since long before the appointment to White House Chief of Staff.  Priebus has been attempting to staff the White House with supporters loyal to him, and not to the President.  In addition, as reported on Alex Jones’ Info Wars, the leaks of potentially-damaging and degrading “smear-reports” to the Washington [Com]Post have originated with Priebus.

An excellent and in-depth article posted by Jerome Corsi of Prison Planet.com covers all the activities of Priebus prior to and after the election.  The actions are staggering in terms of what has been done in a relatively short period of time.  Priebus would have been leaned against the wall with a cigarette and a blindfold anywhere else in the world.  Entitled, Report: Priebus Next to Go as Trump Strikes Back Over Flynn, it really cuts to the chase.  Here’s a detailed and revealing excerpt:

“The purge of Army Lt. Gen. Michael Flynn engineered by White House Chief of Staff Reince Priebus, formally the head of the Republican National Committee in Washington, is the “Pearl Harbor” for Trump loyalists – a devastating attack that determines for Trump supporters that Priebus, an elite GOP Washington insider, must go.  The concern among Trump loyalists is that now that Priebus has succeeded in getting rid of Flynn, his next targets will be Trump top advisors Steve Miller, Steve Bannon, and Kellyanne Conway – all of whom D.C. insiders are planning must go if Priebus is to succeed in sabotaging Trump’s revolutionary agenda.  Infowars has established that Priebus is the Chief Leaker in the White House, responsible for feeding the Trump-hating mainstream media that daily dominate the White House news room with “read meat,” including the demeaning leak to the Washington Post  that Trump is “isolated,” a “clueless child,” wandering about in a bathrobe (that Trump does not own), who’s presiding over a “White House in disarray.”

All of this is now: subsequent to what happened prior to the election, in this final excerpt from the article:

“In October 2016, as the presidential campaign was entering its final weeks, Priebus, in reaction the controversy over Trump’s lewd comments about women recorded in 2005, redirected RNC funds from Trump’s campaign , spending instead on down-ticket GOP candidates Priebus at that time thought were more likely than Trump to win.”

Such actions should leave no doubt in anyone’s mind that Priebus was not for the President before the election and he’s not in his corner now.  There are some people that should not have been selected for the President’s team, and leading the pack is Priebus.  The best way to have avoided these pitfalls would have been to start with intelligent people and people with ability that aren’t part of the establishment and have not been bought beforehand.  This is a mistake that the President did not consider.  He was hoping that these individuals would come into his camp with the connections and the experience, and that they would change their mindset and follow his plans.  Now we see that it isn’t so.

Priebus was clearly pro-amnesty for the illegal aliens prior to his assignment as Chief of Staff.  Priebus was bought and paid for by the businesses that favor paying foreign aliens under the table illegally and keeping them in the U.S. illegally, rather than paying American citizens to do those jobs and reporting the wages and withholding legally.  The President needs to “file 13” Priebus, and then start from scratch.

Ryan threw Donald Trump under the bus prior to the election, but now he is kissing the seat of the President’s trousers.

Priebus is worse.  All of this has been orchestrated (perhaps by him) to waste time, generate negative publicity, and enmesh the President in scandal/pseudo-scandal to negate his efforts.  Priebus is proof that the President’s staff is both infiltrated and infested with a severe need for a complete cleanout…an “enema” in every sense of the word.  It is also proof that there are no political parties.  Democrats and Republicans are a ruse to provide the people with the illusion of choice.  There are either NWO Globalists, their servants, and the mindless slaves, or those who resist them and their agendas.

If the Republican Party was either good and/or unified with a conservative agenda, then surely the former chair (Priebus) would demonstrate an example of solidarity with the reformative efforts of a President who wishes to clean up the mess in Washington and place the country back on course.  This is not the case, proving that most of the time the greatest enemies of a leader are in his own camp.  Priebus is no exception to that rule, and in order to lead effectively, he and the other swine need to be scourged out of the White House before further (and perhaps irreparable) damage is done.