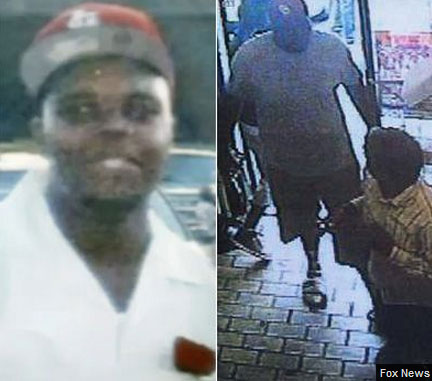 **UPDATE: It has come to our attention that the picture below depicting an individual holding a gun with money in his mouth may not be the same individual who was shot by a Ferguson police officer. This picture was sourced via popular media sources and was captioned as an image of Michael Brown. We apologize for any confusion this may have caused. **

This morning we learned that Darren Wilson of the Ferguson police force is the officer who shot an unarmed Michael Brown last week, triggering riots throughout the small town of 20,000 residents.

We have yet to learn the specific details of the incident and what prompted Wilson to shoot Brown, but a slightly different picture of the teen has begun to emerge.

According to a police incident report released this morning, Michael Brown and a second individual were reportedly suspected of what police call a “strong arm” robbery of a convenience store in the area just minutes before Brown was killed. A Huffington Post reporter noted that someone fitting Brown’s description stole some cigars from the store and then made their way towards the now infamous Quik Trip store.

Surveillance video from the store shows a man fitting Brown’s description and wearing a white T-shirt that resembles the one Brown was wearing when he was shot by Officer Wilson.

Image captures from the surveillance video show the store clerk being assaulted: 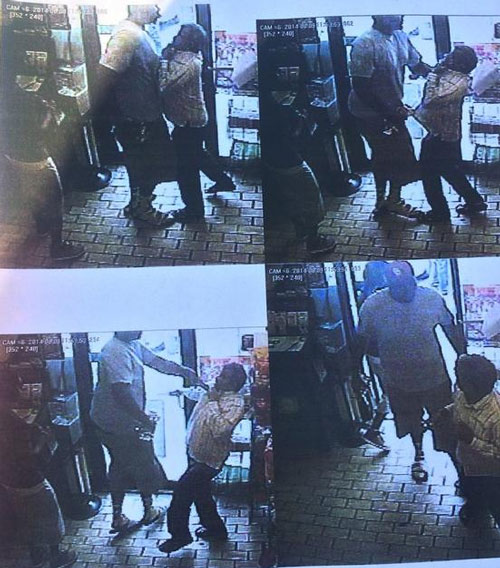 The following pictures shows Brown wearing the same hat as the individual in the surveillance video:

The following picture of Michael Brown shows him with a wad of cash in his mouth and a handgun. Though not indicative of guilt, it certainly speaks volumes when shown in the context of the surveillance footage above.

**UPDATE: It has come to our attention that the picture below depicting an individual holding a gun with money in his mouth may not be the same individual who was shot by a Ferguson police officer. This picture was sourced via popular media sources and was captioned as an image of Michael Brown. We apologize for any confusion this may have caused. ** 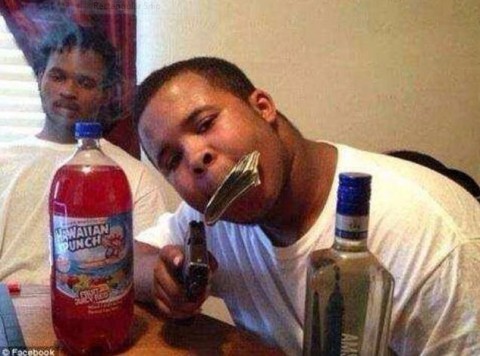 The friend who was walking with Michael Brown  when he was confronted by Officer Darren Wilson speaks about the incident.

The other individual wanted in connection with the robbery is named only as “Johnson” in the police incident report. It just so happens that the name of the witness in the video above is Dorian Johnson and he happens to have dreadlocks just like the “accomplice” in the surveillance footage.

The narrative of Michael Brown being a “good kid” who was on his way to college the following Monday may not be completely accurate.

Despite the images we’ve seen, however, Brown was allegedly shot while unarmed. No official details of the actual shooting incident have been made available as of this writing.

The police have thus far maintained that Officer Darren Wilson acted in self defense when the 6’4″ 290 pound Brown allegedly attacked him.

Do these pictures and the police report change how we should be looking at this story?