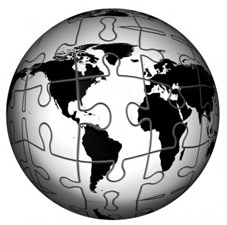 Michael Snyder is a prolific researcher and analyst. You can follow his regular commentary at The Economic Collapse Blog and End of the American Dream. If you want to know what America is going to look like in in a few years we recommend reading his recent novel The Beginning of the End.

Editor’s Note: Michael Snyder at The Economic Collapse Blog says that it may not happen tomorrow, but big financial trouble is coming. In his latest analysis he explains that there are signs of economic trouble bubbling all around us. Most Americans either have no clue it’s happening, or refuse to accept the reality of the situation. In the end, it is they who will be left holding the bag. People thought the collapse of 2008 was bad. But it’s nothing compared to what’s coming next. As Michael warns, this one will shock the world.

Well, the Nasdaq finally did it.  It has climbed all the way back to where it was at the peak of the dotcom bubble.  Back in March 2000, the Nasdaq set an all-time record high of 5,048.62.  On Thursday, after all these years, that all-time record was finally eclipsed.  The Nasdaq closed at 5056.06, and Wall Street greatly rejoiced.  So if you invested in the Nasdaq at the peak of the dotcom bubble, you are just finally breaking even 15 years later.  Unfortunately, the truth is that stocks have not been soaring because the U.S. economy is fundamentally strong.  Just like the last two times, what we are witnessing is an irrational financial bubble.  Sometimes these irrational bubbles can last for a surprisingly long time, but in the end they always burst.  And even now there are signs of economic trouble bubbling to the surface all around us.  The following are 11 signs that we are entering the next phase of the global economic crisis…

#1 It is being projected that half of all fracking companies in the United States will be “dead or sold” by the end of this year.

#2 The rig count just continues to fall as the U.S. oil industry implodes.  Incredibly, the number of rigs in operation in the United States has fallen for 19 weeks in a row.

#3 McDonald’s has announced that it will be closing 700 “poor performing” restaurants in 2015.  Why would McDonald’s be doing this if the economy was actually getting better?

#4 As I wrote about the other day, we could be right on the verge of a Greek debt default.  In fact, we learned on Thursday that the Greek government has been “running on empty” for months…

Greece warned it will go bankrupt next week after failing to stump up enough cash to pay millions of public sector workers and its international debts.

Deputy finance minister Dimitras Mardas set alarm bells ringing yesterday when he declared the country had been ‘running on empty’ since February.

With a debt repayment deadline looming on May 1, Greece faces the deeply damaging prospect of having to snub its own employees to make a €200m payment to the International Monetary Fund.

#5 Coal accounts for approximately 40 percent of all electrical generation on the entire planet.  When the price of coal starts to drop, that is a sign that economic activity is slowing down.  Just prior to the last financial crisis in 2008, the price of coal shot up dramatically and then crashed really hard.  Well, guess what?  The price of coal has been crashing again, and it is already lower than it was at any point during the last recession.

#6 The price of iron ore has been crashing as well.  It is down 35 percent in the last nine months, and David Stockman believes that this is because of a major deflationary crisis that is brewing in China…

There is no better measure of the true contraction underway in China than the price of iron ore. The Wall Street stock peddlers will tell you not to be troubled by the 70% plunge from the 2012 highs and the 35% drop just in the last nine months. According to them, its all the fault of the big global miners who went overboard opening up massive new iron ore pits and mining infrastructure.

#7 At this point, China accounts for more total global trade than anyone else in the world.  That is why it is so alarming that Chinese imports and exports are both absolutely collapsing…

China’s monthly trade data shows exports fell in March from a year ago by 14.6% in yuan terms, compared to expectations for a rise of more than 8%.

Imports meanwhile fell 12.3% in yuan terms compared to forecasts for a fall of more than 11%.

On the heels of weak PMIs from Europe and Asia, Markit’s US Manufacturing PMI plunged to 54.2 in April (from 55.7). Against expectations of a rise to 55.6, this is the biggest miss on record. Of course, this is ‘post-weather’ so talking-heads will need to find another excuse as New Orders declined for the first time since Nov 2014.

#11 When priced according to “the average blue-collar hourly wage“, U.S. stocks are the most expensive that they have ever been in history right now.  To say that this financial bubble is overdue to burst is a massive understatement.

For a long time, I have been pointing to 2015 as a major “turning point” for the global financial system, and I still feel that way.

But for the first four months of this year, things have been surprisingly quiet – at least on the surface.

So what is going on?

Well, I believe that what we are experiencing right now is the proverbial “calm before the storm”.  There is all sorts of turmoil brewing just beneath the surface, but for the moment things seem like they are running along just fine to most people.  Unfortunately, this period of quiet is not going to last much longer.

And those that are “in the know” are already moving their money in anticipation of what is coming.  For example, consider the words of  Snapchat founder and CEO Evan Spiegel…

Fed has created abnormal market conditions by printing money and keeping interest rates low. Investors are looking for growth anywhere they can find it and tech companies are good targets – at these values, however, all tech stocks are expensive – even looking at 5+ years of revenue growth down the road. This means that most value-driven investors have left the market and the remaining 5-10%+ increase in market value will be driven by momentum investors.

It may not happen next week, or even next month, but big financial trouble is coming.

And when it finally arrives, it is going to shock the world, even though anyone with any sense can see the coming crisis approaching from a mile away.