The Meaning Of Good And Evil In Perilous Times 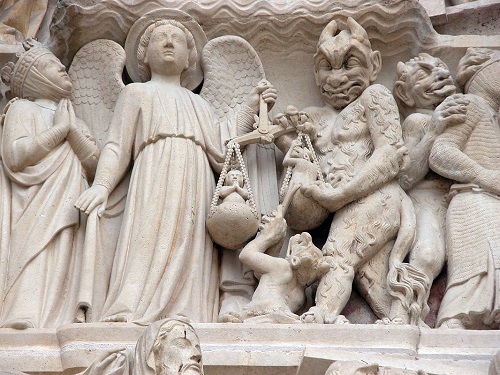 Perhaps the most destructive idea ever planted in the minds of the general public is the notion that nothing in this world is permanent — that all things can and must be constantly changed to suit our whims. The concept of impermanence fuels what I call “blank slate propaganda.” The usefulness of the blank slate as a weapon for social control should be explained before we examine the nature of good and evil, because these days it infects everything.

The push for never ending social “evolution” has been called many things over the decades. In the early 1900s in Europe it was called “futurism;” an art and philosophical movement that helped spawn the rise of communism and fascism in politics. The argument that all old ideas and longstanding traditions should be abandoned to make way for new ideas, new technologies, news systems etc., assumes that the supposedly new ways of doing things are superior to the old ways of doing things. Things are rarely this simple, and in most cases the new methods so proudly championed by movements for social change are usually recycled and repackaged old ideas that are notorious for failure.

The blank slate theory is designed to confuse people with self-doubt and to misrepresent the constructs of nature as constructs of society. It most effectively disrupts people’s relationship to their own moral compass by suggesting that moral compass should be completely ignored as artificial. The argument by blank slate proponents is that all boundaries are created by society instead of by inborn conscience, and that these boundaries often hold us back from achieving our goals, bettering ourselves as a species and generally getting what we want out of life.

The problem with the blank slate concept is that while it purports that all restrictions in the human psyche are taught to us rather than being inborn and that they can be abandoned any time we want, we still can’t seem to avoid the consequences of breaking those restrictions.  People lose their sanity, societies crumble and nations fall to ruin over time the more we cast aside our principles in the name of social evolution or short term gain. It is unavoidable.

The only people who seem to benefit from the spread of the blank slate are the people already in political and economic power. For if they can convince the masses to ignore their conscience, they can then convince us to accept almost any other conditions.

The problem with choosing to stick by one’s principles is that it is easy during times of relative stability, but increasingly difficult during times of struggle. In perilous days, the temptation to use destructive tactics to maintain an expectation of comfort or to merely survive can be high. It is no coincidence that power elites, the same people that tend to promote blank slate propaganda, also tend to deliberately engineer social crisis and chaos. But perhaps this needs a deeper explanation. We must define something most of us already understand intuitively. We must define “evil.”

Like inherent conscience and moral boundaries, blank slate theorists and social change advocates attempt to muddy the waters of what constitutes evil. Some will say there is no such thing — that evil is whatever we deem it to be in any given era depending on our biases.  Others will claim that tradition, permanence and anything in society that remains static is evil. The only “good” for them is constant change.

But evil is not as illusory and changing as these people suggest. In fact, most men and women recoil automatically from certain specific behaviors regardless of how they were raised, what environment they come from, what culture they were born into or what era they lived.  The people who don’t recoil at these behaviors are the people we have to watch out for because they are missing something integral to the heart and mind that makes the rest of us human.

In psychological terms, the characteristics of high level narcissists and sociopaths match most closely with our historic concept of evil.  And, in my view, most great evils done in history are in fact done by people with multiple narcissistic traits.  As far as global elitists are concerned, they represent a rather insidious threat, because they are narcissistic sociopaths that have organized into a predatory gang, so all the traits consistent with the behavior of your average serial killer are now magnified a thousandfold by their access to unlimited resources.

How do we identify these people? Well, this is a difficult prospect at times because narcissistic sociopaths commonly hide in plain sight.  Some people live with them for years before realizing exactly what they are. They also like to insert themselves into nonprofit organizations that claim to do good for the community as a cover for their more insidious motives.

Some traits and behaviors that are common are a lack of normal emotional response to traumatic events or joyous events, or they will mimic the responses of others to blend in but they come off as “forced” or “fake.” They have no concept of empathy; it does not exist for them.

They seek out centers of power and are drawn to positions of authority. They always seem to be demanding the efforts of others while rarely offering their own help. They make terrible leaders, always attempting to lead from a place of safety while letting their conscripts take the risks. Leading by example is a foreign concept to them.

They will lie repetitively about their accomplishments and their accolades. They will misrepresent their professional achievements in order to gain people’s trust. Ask them to prove through actions that they can do all the things they claim they can do, and they will try to avoid the test or respond indignantly and angrily.

They will gaslight their ideological enemies or people they are trying to control. They will accuse others of being “narcissists” or “sociopaths” or fascists or any moniker that will push the buttons of their target. Whatever evils they are guilty of, they will try to flip and lay at the feet of their enemies.

They always seem to have “minions” to do their dirty work for them and attack those that oppose them. People that have dealt with narcissistic sociopaths in their personal lives sometimes refer to these minions as “flying monkeys,” referencing the flying monkeys enslaved by the Wicked Witch in the Wizard of Oz. Flying monkeys are essentially useful idiots that the narcissist employs through fraud and sometimes through pay. Whenever the narcissist is under threat of being exposed, they unleash their flying monkeys onto the streets or onto the internet to undermine truth tellers.

They do not believe in moral or personal boundaries which is why they are always trying convince people that such boundaries are a myth.  They will cross moral lines, always testing the fences for weaknesses; trying to wear others down until they give up and stop fighting back.

They desperately want to come out of the shadows and into the light of day. They want to be adored as the monsters they are, rather than the fake philanthropists they portray themselves as. In order to do this, every narcissistic sociopath makes it their duty to erase the idea of conscience, whether they are part of the globalist cabal or just another ghoul down the street. Their natural inclination is to corrupt whatever they touch, and if they cannot corrupt a thing, they will attempt to destroy that thing.

Most of all, narcissistic sociopaths want everyone around them to believe that we are just like them. That “deep down” all of us are unprincipled and morally bankrupt and all it takes is a crisis or calamity, just a little chaos to bring out the devil in everyone.

But if this were really the case, then humanity would have died out long ago through endless self-destruction; something keeps bringing us back from the brink in our personal lives and in society as a whole. Conscience keeps defeating evil by refusing to grant evil people the utopia of blank slate chaos they want so badly. And this is what give me confidence that no matter how terrible our days might become there is something on our side that goes beyond the physical world.

Every crisis is a test, a test of each person and a test of our culture. Can we act with reason and courage and principle even in the worst of times, or will we be lured to make our struggle easier through malicious means? Will we do right by those around us, or will we happily trample over them in the name of “survival?” In the end, the worst men bring the best men to the surface. This is the only “good” they will ever do.