The Majority Of Coronavirus Victims Are Men, And The Virus Is Hitting Adults Far Harder Than It Is Hitting Children 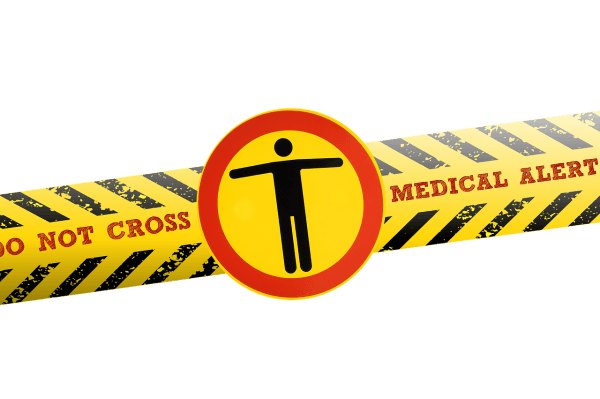 This article was originally published by Michael Snyder at The Most Important News.

This coronavirus outbreak just keeps getting weirder. With each passing day, the number of confirmed cases and the number of deaths continue to rise, but not all demographic groups are being affected equally. That seems very odd, but it may also give researchers important clues about how to fight this very deadly virus.

On Tuesday, global health officials finally gave this mysterious new coronavirus an official name. From now on they will be calling it “COVID-19”, but I doubt that moniker will really catch on with the general public. In any event, what everybody can agree on is the fact that this disease has the potential to rapidly spread all over the planet, and let us hope that the extreme measures that are being taken to prevent it from getting out of control will be enough.

One of the things that we have just learned about this virus is that it does not seem to affect men and women equally.

According to two different studies, it appears that men are significantly more likely to get infected than women are…

More men than women seem to contract coronavirus, several recent studies of patients at the heart of the outbreak suggest.

Among the Wuhan University hospital patients documented in one study, 54 percent were men. Another earlier study of hospitalized patients was made up of 68 percent men, Business Insider reported.

Scientists do not currently understand exactly why this is happening.

When University of Iowa researchers exposed male and female mice to the virus, the males were more likely to contract SARS.

Could there be something about male physiology that makes us more vulnerable to a coronavirus outbreak?

This is something that scientists should investigate further.

Another thing about COVID-19 that seems quite strange is the fact that children seem to be a lot less vulnerable to the disease. The following comes from CNBC…

The new coronavirus that has already killed more people than the 2003 SARS epidemic appears to be sparing one population group: kids.

Of the more than 43,100 people it’s infected since Dec. 31, World Health Organization officials say the majority are over 40 years old and it’s hitting those with underlying health conditions and the elderly particularly hard.

Prep For Cold & Flu Season: How To Boost Your Immune System Naturally

The apparent lack of children among confirmed coronavirus cases could also be because they are getting infected but developing more mild symptoms and aren’t being reported to local authorities, according to Marc Lipsitch, a professor of epidemiology at the Harvard School of Public Health. World health officials say they are working to improve surveillance of the disease and expect more mild cases to be reported. It could be a while before we have a clear picture on cases, Lipsitch said.

With any disease, those that have weaker or compromised immune systems are always going to be more vulnerable.

And if this outbreak starts to spiral out of control all over the globe, the number of victims could potentially be absolutely staggering.

In fact, Hong Kong epidemiologist Gabriel Leung is warning that 60 to 80 percent of the entire global population could potentially end up catching this virus if urgent action is not taken…

Prof Gabriel Leung, the chair of public health medicine at Hong Kong University, said the overriding question was to figure out the size and shape of the iceberg. Most experts thought that each person infected would go on to transmit the virus to about 2.5 other people. That gave an “attack rate” of 60-80%.

“Sixty percent of the world’s population is an awfully big number,” Leung told the Guardian in London, en route to an expert meeting at the WHO in Geneva on Tuesday.

The official death rate is still fairly low, but if billions of people end up catching this bug it could result in tens of millions of deaths…

With the global population currently at more than 7 billion (7,577,130,400), that means that the virus has the potential to infect more than 4 billion (4,546,278,240) if Professor Leung is correct and its spread continues to accelerate.

And if one percent of those people die, that means there will be more than 45 million deaths.

A death toll of that magnitude would put this crisis on par with the Spanish flu pandemic of 1918.

But even if this outbreak ends tomorrow, life is not going to go back to normal. In fact, the truth is that our problems are just getting started.

As far as COVID-19 is concerned, we would be in far better shape if the Chinese had locked down the entire city of Wuhan much earlier. By waiting as long as they did, it allowed five million potential carriers to leave Wuhan for other areas of China…

EXPERTS fear it is too late to stop the deadly spread of coronavirus as FIVE MILLION people left the outbreak epicentre before it was even put on lockdown.

Millions continued to pour out of Wuhan – now dubbed zombieland – long after the first reports about a deadly new virus broke.

Now there are confirmed cases in every single province of China, and we will wait to see if this virus ultimately spreads all over the globe.

Thankfully, world health officials are taking this threat very seriously. On Tuesday, the head of the WHO warned that “a virus is more powerful in creating political, economic and social upheaval than any terrorist attack”…

WHO chief Tedros Adhanom Ghebreyesus told reporters in Geneva the vaccine lag meant “we have to do everything today using available weapons” and said the epidemic posed a “very grave threat”.

“To be honest, a virus is more powerful in creating political, economic and social upheaval than any terrorist attack,” Dr Ghebreyesus said.

And he is right.

This virus has the potential to absolutely turn the entire planet upside down.

I am still hoping that does not happen, but I am also encouraging all of my readers to get prepared for the worst.