The Imminent Disaster That Could Destroy Every Satellite: We’re “Within Five To Ten Years Of Losing Everything.” 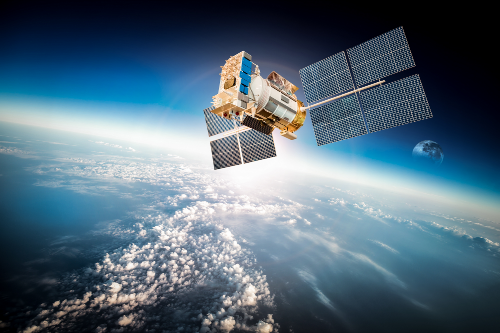 There are a lot of different disasters that could grind modern life to a halt. There’s nuclear war, solar flares, cyber attacks, and much much more. However, there’s one disaster that isn’t on most people’s radar, and that’s the imminent threat posed by space junk. It may sound innocuous, but space junk has a habit of knocking out our satellites.

There are an estimated 170 million pieces of so-called ‘space junk’ – left behind after missions that can be as big as spent rocket stages or as small as paint flakes – in orbit alongside some US$700 billion of space infrastructure.

But only 22,000 are tracked, and with the fragments able to travel at speeds above 27,000kmh (16,777 mph), even tiny pieces could seriously damage or destroy satellites.

‘The space junk problem has been getting worse every year,’ Ben Greene, head of Australia’s Space Environment Research Centre which is hosting the two-day conference of international space environment scientists in Canberra, told AFP.

‘We’re very close, NASA estimates, of within five to 10 years of losing everything.’

That may sound alarmist, but there’s a reason why we might lose all of our satellites in a few years.

Greene added in a statement that ‘a catastrophic avalanche of collisions which could quickly destroy all orbiting satellites is now possible’, noting that more collisions were creating extra debris.

This is what’s known as the Kessler Syndrome. It’s what happens when the destruction of satellites by space debris occurs at an exponential rate.

Say a loose hunk of metal hurtling through space at 17,000 mph rips through a satellite, causing it to break apart into tens of thousands of pieces. Imagine if those pieces quickly hit another satellite, causing it to break apart as well. Now you have a feedback loop of destruction that doesn’t end until every satellite is gone, and there are so many pieces of junk floating around our planet that we can’t launch another satellite for generations (or until we find some way to clean up all of the debris).

Though this disaster wouldn’t be as damaging as say, a Carrington class solar event, it would be highly destructive for our modern way of life. Our species is now pretty dependent on transportation, communication, and navigation systems that are reliant on satellites. If our satellites suddenly disappeared, it would have a huge impact on every advanced society.

It would also be especially damaging for the US military, and other high-tech armed forces.

The one organization that would be hurt the most though, is the US military. The collapse of the GPS network would be pretty damaging by itself. There are multiple weapon systems that have GPS chips embedded in them to ensure accuracy, such as ICBMs, cruise missiles, and other precision guided bombs.

It’s also essential for land navigation, and the target tracking of those aforementioned weapons. Our GPS satellites are also equipped to detect nuclear denotations anywhere in the world. On top of all this, there are satellites for global reconnaissance, early warning systems for hostile ICBM’s, and covert communications. In other words, without satellites, our high-tech military is dead in the water.

So this kind of event would have a major impact on international relations and warfare as well. Someday we could wake up to a world where the technological edge held by Western militaries is a lot less significant. Perhaps, at some point in the next ten years, we could see America’s military dominance evaporate, and all because we couldn’t figure out how to clean up space trash.

The Prepper’s Blueprint: The Step By Step Guide To Help You Through Any Disaster