The Gold Correction Is Over: “We’re Going To Come Out Of This In A Big Way” 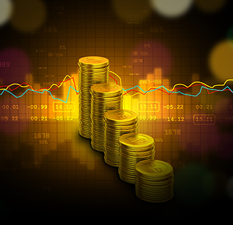 When gold exploded to the upside earlier this year amid the biggest New Year’s stock market panic in history, we noted that the bull market had awoken. And despite arguments to the contrary from mainstream financial pundits that gold and silver were not monetary metals and nothing but historical relics, it became apparent during the Brexit vote that precious metals were the assets of last resort during market panic. On the night of Presidential election, as it became clear that Donald Trump would become the leader of the free world, stock markets once again sold off. And just as had happened earlier this year, prices for physical gold and the companies that mine it skyrocketed in a matter of hours, this time to the tune of over $100 per ounce.

All the while, there has been an effort by a conglomeration of market players over the last six months to suppress precious metals prices, in numerous cases through the dumping of literally billions of dollars in paper gold and silver contracts. But that effort has done little to significantly damage the bull market in gold and silver. It appears, according to Inca One Gold Corp. Chairman Bruce Bragagnolo, that the correction is now over and another big move to the upside is coming:

Overall, this is a good time to get out your shopping list and look at quality companies like Inca One and see which ones you want to buy… It’s the farthest thing from a lot of peoples’ minds right now, but you’ve got to buy low and sell high.

Bragagnolo says that though paper prices listed on exchanges like the U.S.-based COMEX show one value for gold and silver, it is a totally different story on the ground, as evidenced by the $1700 “street price” being paid in India where cash is being outlawed.

The COMEX has nothing to do with gold.  That is simply a casino where gamblers place their bets on the gold price… The claims are well over 500-to-1 now. I think the COMEX is a very faulty mechanism for pricing the real, physical, tangible gold. Let’s face it, buying paper gold, it defeats the whole purpose of it. There’s no reason to own paper gold or a claim on gold. You want the physical in your hand.

The manipulations are being exposed and it’s only a matter of time before their schemes backfire, especially considering that for every 500 paper ounces of gold, there is only one ounce of gold backing it.

Deutsch Bank, arguably one of the most well respected banks in the world, agreed last week to pay a $60 million settlement to investors for engaging in silver price fixing. This on the heels of a $38 million settlement in October for manipulating gold prices. Thus, we know for a fact that there has been collusion among some of the globe’s largest financial institutions.

But those manipulations are not enough to keep prices down for long, explains Bruce Bragagnolo, despite the pain already inflicted on investors:

We’ve got overbought conditions in some of the indexes and oversold in gold. It takes a real gut check right now to be buying gold… some people are saying this is the bottom and this is the time to get in…  It’s almost like The Powers That Be who impact the gold price, whoever they might be, want to inflict the maximum pain on people and this might be the maximum pain right now.

… You’d think that this would be a good time to be buying… but it goes against investor psychology, of course… to buy at the bottom… because you’re paralyzed with fear, basically… but this is the type of reaction that the big banks… the so-called smart traders… you see the reports every week… they’re all out of the short-trade now and they’re into the long trade and they’re going to be making a pile of money on the way up here.

What needs to be understood is that the election of Donald Trump to the Presidency of the United States will not be enough stop the inevitable wealth destruction to come. The economy is likely already in recession and the U.S. dollar will be crushed under the weight of trillions of dollars in debt.

When the panic starts it will look very similar to what we saw at the beginning of 2016 and the night of the Presidential election. As stocks sold of en masse, gold skyrocketed.

As Inca One Gold Corp’s Bruce Bragagnolo suggests, the time to buy any asset is when prices are low. After a multi-month correction that saw gold and silver prices suppressed by market manipulators, this may be the last fairly priced entry point for precious metals.