The Flat Earth Society Responded To A Tweet By Elon Musk: ‘Thanks For The Question’ 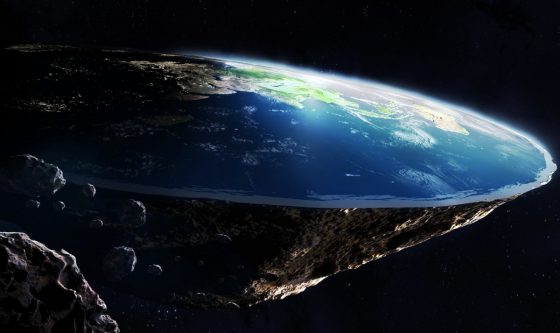 The Tesla and SpaceX chief, Elon Musk, has a rather complex understanding of the universe, and Earth’s shape. He even made a tweet directed at those who believe the Earth is flat, and the response from the Flat Earth society will leave you dumbfounded.

Elon Musk would have to have a working knowledge of Earth’s shape in order for his math to work and his company to propel a spacecraft to Mars, which is a goal of SpaceX’s. With all the news swirling around flat Earth conspiracy theories recently, Musk got a little philosophical on Twitter.

While pondering the exotic spectacle of the Martian sunset, the CEO asked the question: given there’s such a thing as the Flat Earth Society, why doesn’t the Red Planet have its own equivalent? “Why is there no Flat Mars Society!?” he tweeted, probably just to amuse himself and his followers, and likely never expecting to find a serious response.

Why is there no Flat Mars Society!?

But he got one, and Darwin himself is rolling over in his grave at the undeniably de-evolved response from the operator of The Flat Earth Society’s twitter account.

Hi Elon, thanks for the question. Unlike the Earth, Mars has been observed to be round.

We hope you have a fantastic day!

That’s funny.  There have been astronauts who have observed Earth from the International Space Station, all of whom say the Earth is a globe.

Umm…right. So about this selfie I took while orbiting the Earth. pic.twitter.com/9bAAozVqOo

Of course, that didn’t convince those who actually believe that the laws of physics created the moon, the Sun, and Mars as globes, and made Earth flat.  But the Mars Reconnaissance Orbiter took an image of the moon and the Earth, and both are indeed globes. 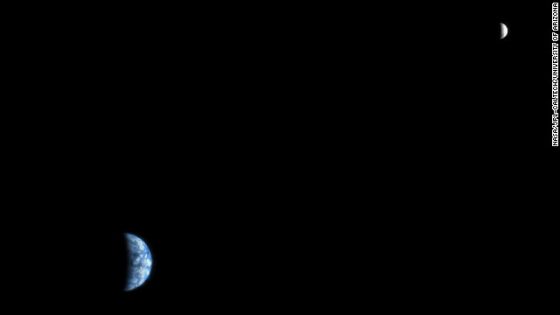 This is the kind of conspiracy thinking that leads flat-Earthers to set up ambitious crowdfunding campaigns to ostensibly conduct their own “real” scientific experiments. For example, when rapper and evident flat-Earther B.o.B ran a GoFundMe campaign to launch “one, if not multiple” satellites into space. Astronauts had a lot of fun at B.o.B’s expense, and now, given the publicity around flat-earther Mike Hughes’s rocket launch, (which the government shut down) scientists are again appealing for a bit of common sense here.

While others tend to just laugh at those who actually believe the earth is flat.  Personally, we are all up for a good conspiracy theory, but please make sure you’ve at least got a shred of evidence to back up your theory, or you’ll just end up looking crazy.