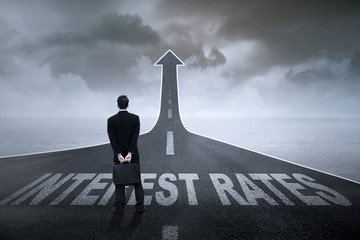 Rising interest rates could still be in our future, even though the Federal Reserve initially stated they would be holding off on such until the end on the year.  But according to The Fed’s Chicago leader Charles Evans, if the economy meets the “expectations” of central bankers, they will raise the rates.

Evans said that he fully expects the central bank to raise rates again, however, the door is also open to rate decreases as well.  Low inflation may keep rates frozen through much of 2020.  It kind of sounds like the Fed doesn’t really know what to do with this nutty economy they’ve created.

But there is no path the Fed can take that will result in a sustainable economy.  They can kick the can down the road, for certain, but as far as real economic growth goes, there is nothing left to do.  The great experiment in central banking has already failed.

Central banks and international institutions like the IMF (International Monetary Fund) have overstepped their traditional mandates by directing the flow of epic sums of fabricated money without any checks or balances. Meanwhile, the open door between private and central banking has ensured endless opportunities for market manipulation and asset bubbles–with government support. – Nomi Prins, author of COLLUSION: How Central Bankers rigged the world.

The Chicago Fed president, who is a voting member of the Fed’s interest rate committee, said the first quarter is now looking “a little bit stronger” than it did at the start of the year. This should ease concerns for anyone who was overly concerned about a downturn, he suggested. “The economy is doing solidly, I would say,” Evans said.

However, we beg to differ.  Everyone should be concerned about a downturn as the entire economy is in an “everything bubble” created by the Federal Reserve and could pop at any time.  Even if it simply slowly loses some air, it is always a good time to protect yourself from a recession – or any financial hardship.

Any decision the Fed makes now is going to do no good.  There’s no going back and undoing the manipulation and interference in the economy central bankers have done. The Fed is trapped, but you don’t have to be.