The Fallacy of Hunting as a Survival Technique: “During a TEOTWAWKI Event, Game Animals Will Become Sparse” 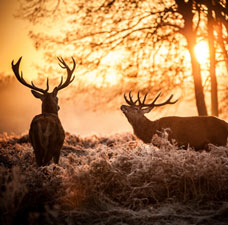 The following excerpt was originally published at James Rawles’ SurvivalBlog.com

Editor’s Note: You may have talked to family or friends about getting prepared. If so, chances are that at least a few of those people proudly exclaimed that they’d simply head to the hills and live off the land if the cities went up in flames. It’s a great idea, until you consider that thousands of other people are going to be thinking the same thing. Moreover, “the hills,” though not as densely populated as cities, are often inhabited by ex-urban and rural folk who will be entrenched, well armed, and not very willing to give up their land to hoards looking for food, water and supplies. Nonetheless, as Survival Blog contributor D.V. notes in the following article, if your plan is to hunt for your food without stockpiling anything in reserve, you may run into life-threatening shortages because those thousands of people heading out of major cities will inevitably put a strain on your resources. 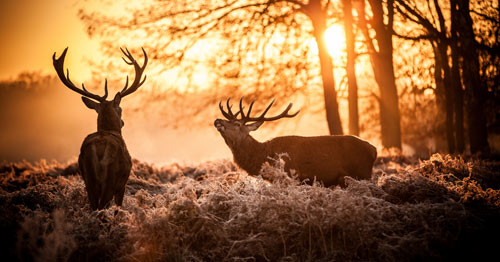 The Fallacy of Hunting as a Survival Technique
by D.V., posted by Hugh James Latimer

Many people rely on wild game as a regular part of their diet. In Michigan, where I live, deer season is a holiday with schools and companies at minimal staff, as a healthy part of the population is out in the woods partaking in one of our oldest traditions. And like all great endeavors, some hunters are successful and some are not, depending upon skill, preparation, and just a little bit of luck. For those hunters who were able to kill a deer (if they are traditionalist), they are able to provide their families with meat. For some, this can be the majority of their meat throughout the year.

During our lifetimes, whether you’re a hunter or not, it is easy to recognize that the overall deer population has been steadily growing. In the news, there are occasional stories about the deer wandering into human dwellings or the suburbs who must have a culling (with the routine senseless protests) due to overpopulation. This deer population has been growing steady since the early 1900’s, starting from a count of under five million (including mule deer and blacktail) and growing to around a peak of over 40 million. Today it is estimated that there are approximately 35 million deer in the lower 48 states. The same population growth can be attributed to most wild game (aside from pheasants) due to good game laws and a civil populace that not only adheres to these laws but also actively promotes healthy game levels. Older hunters tell stories of not seeing deer for years. A generation ago, deer hunting was a greater challenge and as much about comradery and tradition as the hunt itself.

Again, we will use deer hunting as an example. The laws designed around deer hunting are designed to ensure a growing population. A larger amount of tags are given around bucks during the rut (mating season) with a very limited amount of doe tags. This allows the deer to breed and reproduce, and the population does not diminish and could potentially grow as a doe can have multiple fawns. If the buck population dwindles, a single buck can impregnate several does, and nature will remedy the situation. These laws have been enacted since the 1900’s and continue to get stronger. States have made an effort to restock animals, allowing wild game to return to areas where they were completely wiped out. These population have grown and expanded and moved into other regions. There are government agencies dedicated to managing this population and making sure hunters have every opportunity to bag game, and it is clear that today’s deer population is very healthy, not only because of these laws but hunters who follow them.

Many preppers, homesteaders, and just regular people are counting on this abundance of game to continue. However, if you are counting on this as one of your key survival methods, I would urge you to reconsider. There is an ancient proverb that is almost too relevant: “a bird in the hand is worth two in the bush.” Realize that having your own animals will be a much more consistent source of protein instead of hunting. During a TEOTWAWKI event, game animals will become sparse.

During TEOTWAWKI, it is expected that government agencies will either be non-existent or in an extreme state of panic and enforcement. Funding for all but the essentials disappear. Any funding for non-critical programs, such as game management and land development, will end. This would not impact the animal population immediately but will cause a reduction in the health of the herds and be detrimental overall. In addition, game wardens would be drafted into full-time law enforcement or be unemployed. There will be no one to determine the amount of deer tags allowed, much less population enhancement. The local DNR also does a fairly good job of minimizing disease in the herd. These issues would be unchecked in a TEOTWAWKI event.

Another key consideration for TEOTWAWKI would be the lack of food…

CLICK HERE TO CONTINUE READING THIS ARTICLE AT SURVIVAL BLOG