The Fall Of The U.S.A. Empire 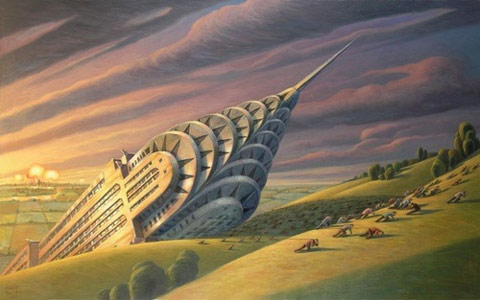 G. Edward Griffin has broken down the issues of collectivism, the plausibility of a Chinese takeover, and the Yuan becoming the world reserve currency.  In an interview with Josh Sigurdson, he also breaks down his thoughts on the mysteries of life itself and whether there’s hope for humanity.

Griffin, who is the author of The Creature From Jekyll Island, talks with Sigurdson about the imminent issue of China’s global takeover. For many decades, alliances and policies have lead to China’s vast growth. Today, the Chinese utilize technocracy in order to maintain and control their subjects (slaves) digitally. With a collapsing United States empire and dollar, the likelihood of communist China surpassing the U.S.S.A. in the next ten years is imminent.

But there’s more to the story:

The fall of the U.S. empire has arrived, and many of us will be around to bear witness to the historic fall of one of the most manipulative and violent police states that has ever existed.