All Of This Is Being Recorded: “Where We Shop, Where We Work, When We Commute… A Camera Always Filming” 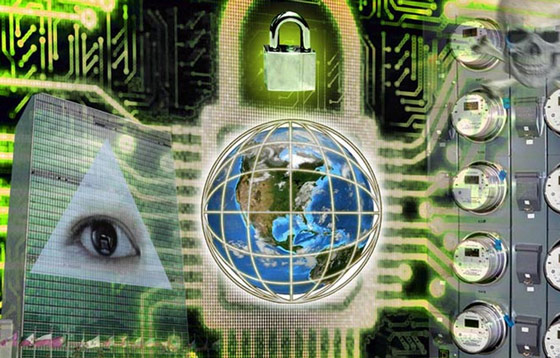 Most people have been aware of Edward Snowden’s case that made world headlines when he made public the actions taken by the U.S. government and the alphabet agencies to spy on the average American citizen.  The camp is divided, with many labeling Snowden as a traitor while others call him a hero for releasing the information.  The division sees those against him as “procedural” adherents who believe in keeping to the contract regardless of the harm the corporation is doing.  Those who are behind his efforts see that he compromised his entire life with great risk to himself to expose something that is unconstitutional and therefore illegal, regardless of how our government masques it under the “color of law.”

Since then we have had the Wikileaks avalanche of released information.  Julian Assange is wanted by the U.S. government for the same reason that Snowden is wanted: for exposing information damning to an authoritarian regime/empire.  Now we are seeing a continuance of those releases, as an independent contractor by the name of Montgomery has informed all parties involved of a trove of information that may prove larger than Snowden’s.

It runs deep: the intrusion has been fostered even longer than the last eight years under Obama.  Conservative Tribune released an article on this week entitled Supreme Court Set to Rule on Massive Cell Phone Privacy Case, and here is an excerpt of that article:

“On Monday [6/5/17], the Supreme Court announced it will be taking up a case on the issue of cell phone location data, Politico reported.  At stake is whether or not police and other law enforcement agencies will be required to obtain a warrant showing probable cause before they retrieve cell phone location data off a person’s phone from a phone company.”

As you may see, this is no run-of-the-mill case: it will set the tempo that either restricts the federal government from complete invasion of privacy regarding everyone’s little personal tracking devices (intentionally mislabeled as “cell phones”), or allow them to run rampant…with even more “authority” than they do now.  The article proceeds to show just how far the government will be able to go, as with this:

In previous cases, the Supreme Court has largely ruled that warrants are required for police to use things like electronic tracking.  However, the 1986 Stored Communications Act ruling stated that the federal government doesn’t need a warrant to obtain customer records, only “reasonable grounds.”

A new Supreme Court ruling would clarify if this act also applies to tracking cell phone data — a possibility that didn’t even exist when the original act was passed.  The result of this ruling will have a profound impact on society, as the issues of safety and privacy are in constant tension.

Be advised: The Trump administration is in favor of police being able to use this data without a warrant.  Does this sound as if it’s “small potatoes?”  It is not.  Look as how inexorably the electronic surveillance web draws more tightly around us…where we shop, where we work, and when we commute…always a camera filming.  The camera is always “coordinating” with the cellular telephone, tracking your purchases and your movements.  Hey, twitter and e-mail away; however, it is neither unnoticed nor forgotten.  All of this is being recorded, to make a personal profile of you and the other 315 million of us.  A piece of Samsonite luggage for everyone to throw!

Dennis Montgomery is the former independent contractor who is bringing suit against the feds.  In an article entitled Did the FBI have evidence of a breach larger than Snowden? A lawsuit says yes, there may be even more damaging evidence against the government’s program of surveillance against citizens.  Here is an excerpt:

A former U.S. intelligence contractor tells Circa he walked away with more than 600 million classified documents on 47 hard drives from the National Security Agency and the CIA, a haul potentially larger than Edward Snowden’s now infamous breach.

And now he is suing former FBI Director James Comey and other government figures, alleging the bureau has covered up evidence he provided them showing widespread spying on Americans that violated civil liberties.

The suit, filed late Monday [6/5/17] night by Dennis Montgomery, was assigned to the same federal judge who has already ruled that some of the NSA’s collection of data on Americans violates the U.S. Constitution’s Fourth Amendment, setting up an intriguing legal proceeding in the nation’s capital this summer.

Montgomery says the evidence he gave to the FBI chronicle the warrantless collection of phone, financial and personal data and the unmasking of identities in spy data about millions of Americans.  “This domestic surveillance was all being done on computers supplied by the FBI,” Montgomery told Circa in an interview. “So these supercomputers, which are FBI computers, the CIA is using them to do domestic surveillance.“

How does any government justify these actions?  By Denouncing and Denying (Step 1), Discrediting (Step 2), and (if all else fails), destroying (Step 3) the one(s) revealing the actions.  They have the kick.  The marked individual has a “finite” existence, but (as with the “Party” in Orwell’s “1984”) the pursuers have an endless supply of hunters…the first hunters retire, and new ones pick up the scent/case immediately with no hiatus.  The Party is immortal and omnipotent, where the individual is weak, ineffective, and mortal.

We are in the time of a hiatus, between Democratic (or Marxist, if you prefer) administrations.  All of the frogs are in the cold water at the moment, but the water is heating up slowly.  Breitbart’s death was no accident, and it most likely will not be the last.  Those exposed do not like those exposing them.  The government will not stop tightening its grasp.  There are no checks and balances on those who write the laws, exempt themselves from the law, and take away the rights of those governed.  That is not governance: it is rule, plain and simple, and it will become much worse in time.  History repeats itself, and the U.S. is not exempt from that rule or the rule of empires becoming more Draconian before they collapse or disintegrate.