The Benefits Of Manuka Honey And Why You Should Consider Storing Some! 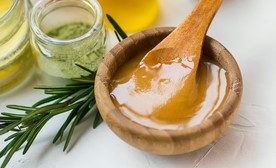 Manuka Honey is unique to New Zealand and to obtain pure Manuka Honey is a specialized task for beekeepers. It’s produced by bees who pollinate the flower Leptospermum scoparium, commonly known as the manuka bush, and its antibacterial properties are what set it apart from traditional honey, and why it might be a good item to store in your prepper pantry.

Manuka Honey is more difficult to extract and has a limited harvest period as it is only collected at certain times of the year. The therapeutic applications of Manuka Honey are well understood by consumers around the world, thereby creating a continually high level of demand. 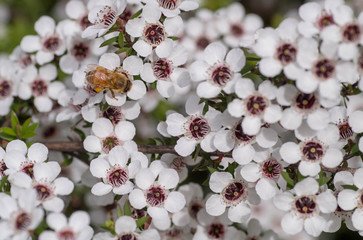 Honey doesn’t really expire as long as it is stored properly and not exposed to too much heat. If you choose a room temperature, dark spot, then your honey will be good for several years making it a decent food and medicinal product to add to your supply. There is no need to refrigerate honey unless you live in a hot climate. Consume manuka honey at room temperature, as heating it could destroy some of its wonderful properties.

Here are a few good reasons to consider grabbing some manuka honey!

For most people, manuka honey is safe to consume. However, it is important that some people consult a doctor before using it, including:

All things considered, manuka honey is likely an effective treatment strategy that may accelerate the healing process when used in conjunction with more conventional therapies.