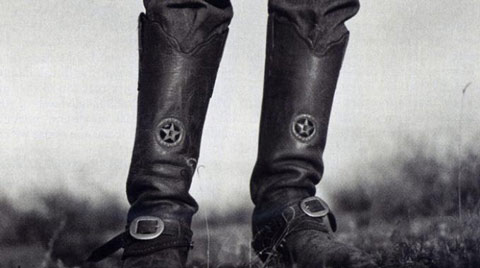 For the third time in less than a year Mexican officials report that security surrounding the storage and transportation of nuclear material in the troubled state has been compromised. According to civil defense officials a vehicle carrying a lethal dose of radioactive Iridium-192 was hijacked by unknown thieves.

The Mexican government warned Friday that a vehicle containing radioactive material has been stolen, and issued a dire warning to the thieves against taking the potentially deadly material from its protective container.

The substance “can be dangerous for human health if removed from its container,” the officials said in a statement, adding that the material can be lethal even if handled for only a brief time.

The theft in Mexico state prompted officials to issue an alert throughout the capital region and in neighboring states.

Last year a truck carrying deadly Cobalt-60 was stolen and in June armed gunmen raided a research facility near Mexico City making off with a device containing Cesium-137.

The thefts, although not officially spoken about in Washington, have prompted fears from concerned Americans that smugglers or terror organizations may be attempting to produce a “dirty” bomb that could be used in populated U.S. cities. Though such an improvised device would not cause a typical nuclear reaction, it could still spread highly radioactive material for miles and cause untold damage if it were detonated in a highly trafficked area.

A 2010 special report highlighted a “major terror threat” surrounding Other Than Mexican migrants making their way into the United States via the porous southern border. According to the report, border patrol agents routinely catch and detain individuals from Afghanistan, Iran, Jordan and other mid-east countries that have a strong extremist presence.

“We have left the back door to the United States open… We have to understand that there are definitely people who mean to do us harm who have crossed that border.”
-Former Rep. J.D. Hayworth

Though tens of thousands of illegal immigrants have been flooding the border for several months and overwhelming border patrol personnel, many politicians claim that there exists no security threat. Representative Sheila Jackson Lee of Houston reportedly handed out lollipops to migrant children being detained at internment camps. “This is not a national security crisis,” Lee told reporters, claiming she visited emergency detention camps without a firearm and did not fear for her life.

The camps, according to reports, are being managed by armed security teams calling themselves ‘brown shirts.’

In Texas, where the federal government has pulled back federal law enforcement and border security personnel, Governor Rick Perry has been left with no other choice but to deploy Texas lawmen to help stem the tide of incoming migrants.

The state is spending upwards of one million dollars per day to man the border every few hundred yards at the more popular crossing areas.

The legendary Texas Rangers have been sent to assist with securing the southern border along with other Texas Department of Public Safety law enforcement officials.

The Texas Department of Public Safety has admitted it is spending millions to transfer Texas Rangers and state troopers to the border for “saturation patrols,” confirming what Infowars encountered on the state’s southern border.

Last week, we encountered a state trooper every few hundred yards for several miles east of Pharr, Texas on Highway 281 which hugs the Mexican border.

Yet the state and local police patrolling the region heavily outnumber the Border Patrol agents Infowars observed in and around a 50 mile stretch of highway between Pharr and the border city of Brownsville, Texas, even though kidnappings and other violent crimes in the area have increased exponentially due to illegal immigration.

Infowars finally found an abundance of Border Patrol vehicles, but they were sitting in the parking lot of a government facility.

“We are simply being ordered to stand down and stop tracking and trying to apprehend the criminals,” Shawn Moran, Vice President of the National Border Patrol Council, told Breitbart back in October.

He added that Border Patrol agents “in every single sector from San Diego to the Rio Grande Valley in Texas” were receiving these orders.

While Americans are being routinely monitored and flagged as extremists who are a danger to society, the entire southern border has been left completely unsecured.

The Federal government, while stockpiling billions of rounds of ammunition, deploying thousands of armored vehicles around the country and heavily militarizing law enforcement agencies, has refused to utilize these taxpayer funded assets to protect the United States from the very real chance that diseases, violent criminal gangs, and now even nuclear devices could cause more damage than any ‘domestic person of interest’ ever could.