Tensions Rise: An Explosion Was Reported Near The Israeli Embassy In New Delhi 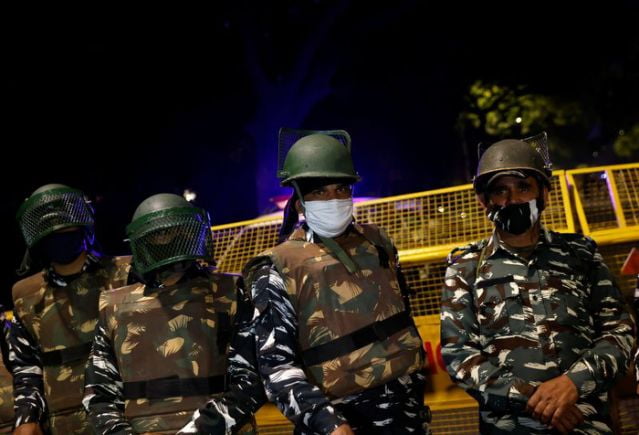 Paramilitary troops stand guard after an explosion near the Israeli embassy in New Delhi, India, on January 29, 2021. REUTERS/Danish Siddiqui

A blast outside the Israeli embassy in New Delhi on Friday allegedly damaged cars but did not cause injuries.   The district around the embassy has been sealed off after the explosion as bomb disposal experts have arrived on the scene.

Reuters reported that the blast was small and occurred near the Israeli embassy in New Delhi, India. At least three cars were damaged. The Delhi Police said no injuries had been reported yet.

According to ZeroHedge‘s latest updates, here is what is known:

New Delhi Police are calling this explosion a “minor blast” as the fire department and intelligence officials inspect the incident area.

Nature of blast near the Israeli Embassy yet to be assertained. Unauthorised explosion taken place 50m from the Embassy, confirm Delhi Police officials.

Not much is known right now and this story continues to develop. The geopolitical landscape is getting more intense by the day.

Continue to stay alert and remain prepared for anything. It’s hard to say what the outcome of this could be.