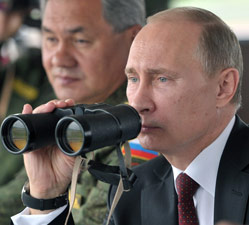 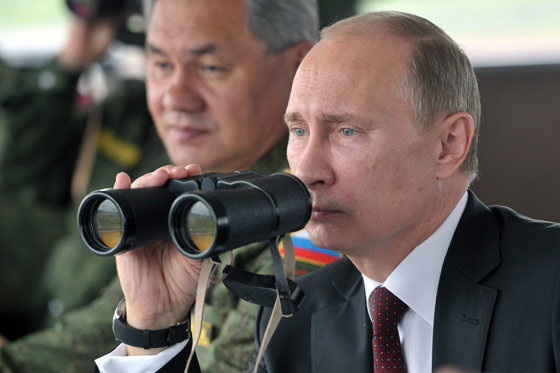 We can all pretend like there is nothing going on around the Korean Peninsula and hope that cooler heads will prevail, but if history is any guide, when the militaries of multiple nations begin to mass troops at borders, it takes only a single, often seemingly inconsequential, catalyst to plunge the situation into all-out war.

That’s exactly what’s happening in North Korea today. Two weeks ago China deployed some 150,000 troops to the North Korean border and put their entire military on high alert in anticipation of a U.S. military strike on Kim Jong Un.

Now we learn that Russia is rapidly deploying troop and equipment to their border with North Korea, as well.

Vladimir Putin is sending troops and equipment to Russia’s border with North Korea over fears the US is preparing to attack Kim Jong-un.

…
A video purports to show one of three trains loaded with military equipment moving towards the 11 mile-long land frontier between Russia and the repressive state.

Another evidently highlights military helicopter movements towards the North Korean border and manoeuvres across rough terrain by army combat vehicles.

Other reports suggest there have been military moves by road as well.

There have been concerns that if a conflict breaks out Russia could face a humanitarian exodus from North Korea.

But Putin has been warned, too, that in the event of a US strike on Kim Jong-un’s nuclear facilities, contamination could swiftly reach Russia.

‘Railway trains loaded with military equipment moving towards Primorsky region via Khabarovsk have been noticed by locals,’ reported primemedia.ru in the Russian far East – linking the development to the North Korean crisis.

‘The movement of military equipment by different means of transport to southern areas is being observed across Primorsky region over the past week,’ said military veteran Stanislva Sinitsyn.

Related: This FDA Approved “Nuke Pill” Could Save Your Life In A Nuclear Emergency