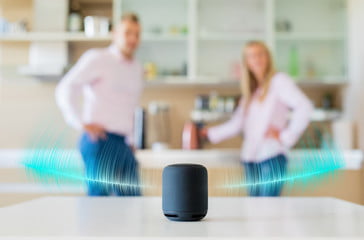 Tech investor John Borthwick says that smart speakers from the like of Amazon and Google are being used for mass surveillance. Borthwick is forthcoming with his assertion that the information gathering performed by such devices is the same thing as surveillance.

Borthwick is the founder of venture capital firm Betaworks and former Time Warner and AOL executive. “I would say that there’s two or three layers sort of problematic layers with these new smart speakers, smart earphones that are in the market now,” Borthwick told Yahoo Finance Editor-in-Chief Andy Serwer during an interview for his series Influencers. “And so the first is, from a consumer standpoint, user standpoint, is that these, these devices are being used for what’s — it’s hard to call it anything but surveillance,” Borthwick said.

“I personally believe that you, as a user and as somebody who likes technology, who wants to use technology, that you should have far more rights about your data usage than we have today,” Borthwick said of companies’ inability to protect private information. And the privacy concerns and human rights violations warnings are warranted. Borthwick’s comments come on the heels of several controversies surrounding smart assistants including Google’s Assistant, Amazon’s Alexa, and Apple’s Siri, in which each company admitted that human workers listen to users’ queries as a means of improving their digital assistants’ voice recognition capabilities.

“They’ve gone to those devices and they’ve said, ‘Give us data when people passively act upon the device.’ So in other words, I walk over to that light switch,” Borthwick said. “I turn it off, turn it on, it’s now giving data back to the smart speaker.”

The uproar surrounding smart speakers and their assistants began when Bloomberg reported in April that Amazon used a global team of employees and contractors to listen to users’ voice commands to Alexa to improve its speech recognition.

Google and Apple have since apologized, with Google halting the practice, and Apple announcing that it will automatically opt users out of voice sample collection. Users instead will have to opt in if they want to provide voice samples to improve Siri’s voice recognition. -Yahoo Finance

The controversy surrounding “smart” technology, or artificial intelligence is far from over. As technology advances, the surveillance will increase and so will the secrecy, as companies get better at hiding their indiscretions.