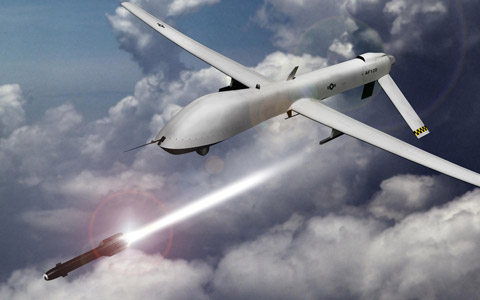 Taiwan’s defense ministry has issued new details of the live fire incident with a Chinese drone which happened near Taiwan-controlled islands reportedly in the Dadan, Erdan and Shiyu areas.

Crucially, Taipei is confirming live ammunition was used, and not merely warning flares as in a prior July confrontation: “As Taiwan’s military had warned on Sunday (Aug. 28), troops fired live ammunition on a Chinese drone that failed to heed warnings as it flew over an outer island on Tuesday,” local reports cite defense officials as saying.

Taiwan regional media described the drone cluster as including “three batches of three civilian drones” – and that according to protocol warning flares were first fired. Taiwanese media has detailed the encounter as follows:

However, because the drone continued to circle over the island, soldiers fired “defensive shots” at the drone to drive it away. The UAV then flew away in the direction of Xiamen at 6 p.m. and the KDC will “continue to maintain vigilance and closely monitor the situation,” the statement read.

This action is consistent with a warning issued by the KDC on Sunday that it would shoot down intruding Chinese drones that fail to heed warnings.

On Monday (Aug. 29), the KDC stated that it would carry out a four-step process in dealing with the drones that would include “firing signal flares, reporting the intrusion, driving the drone out, and shooting it down.”

The headline sparked anxiety across markets as fears remain of a broader ‘reunification’ war in the wake of Nancy Pelosi’s ultra provocative Taipei visit on Aug.2.

US equity markets erased all their overnight gains. Bond yields initially tumbled on a safe-haven bid, but bounced back after the US macro data.

Meanwhile, China has been sending warships through the Taiwan Strait, also in breach of the median line on a daily basis through August.

Also on Tuesday, the Biden administration is said to be preparing an unprecedented $1.1 billion arms package for Taiwan, which Congress is expected to approve – but which is likely to take months or at least weeks to go through.

Chinese state pundits are busy issuing their own stark warnings…

I advise the Taiwan troops not to shoot blindly. It's better to throw stones😁. If you shoot a drone that ordinary people play with, then that's that. But if you shoot the PLA's drones, you may trigger a war. pic.twitter.com/ajSSiMea7F