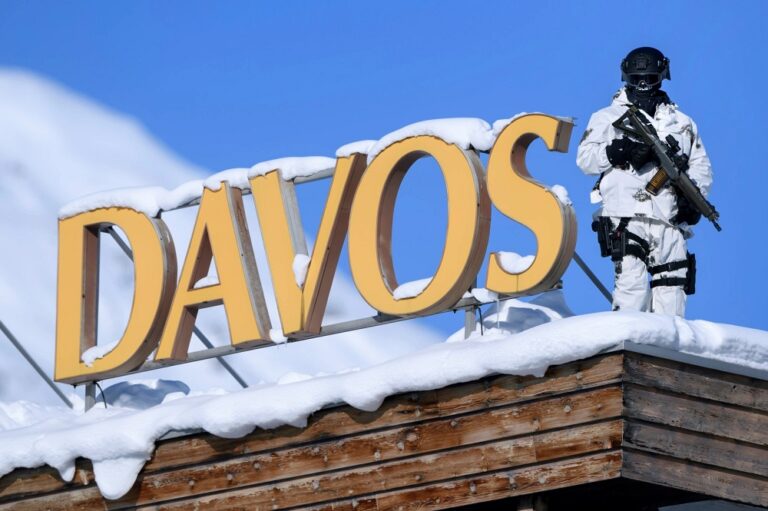 The Swiss Army is going to provide 5,000 troops to protect elitists at the World Economic Forum’s Davos event. Ruling classes have already stated that these troops will follow orders and use “coercive measures” to complete their “mission” of making sure the masters stay in power.

The elitists and rulers seem to be a little nervous about their ability to cling to power, considering they need such a large army just to protect a few wealthy sociopaths. In a statement about the event which is being held between January 10 and January 26, it was noted that “some of them will be stationed directly in Davos, where the annual meeting will be held from January 16 to 20,” the statement read.

“The Federal Parliament has set a ceiling of 5,000 troops who will serve in support during the WEF,” it said.

Only distinguished delegates were allowed to fly in and out of Davos last year due to a no-fly zone.

According to the statement, other servicemen will provide logistics and air force operations support throughout Switzerland. Soldiers will be authorized to “use coercive police measures to carry out their respective tasks,” the government said. There will also be snipers on the roofs of most buildings, and in previous years, the Swiss Police have shot drones from the sky.

If these sociopaths and rulers “work for the people”, then why do they need to be protected from us by snipers, an army, and drones? We, the slave class, need to wake up and we need to do it quickly.

1. “What we have to confront is a deep systemic and structural restructuring of our world, and the world will look differently after we have gone through this transition process (Great Reset)” – Klaus Schwab B20 Summit Indonesia 2022 Opening Remarks 14.11.2022. pic.twitter.com/H7AL0uCQXN

The intent of these “elitists” is to fully control every single human being much more so than they already do. In order to get their agenda through and make it look appealing to the slaves, they will need to sell us their central bank digital currency, which will help complete the permanent enslavement process. They own us and everything else on the planet while we may only exist if they allow it.

It’s past time to realize that we are not free and never have been. All of humanity is under the thumb of some ruling class that steals the fruits of our labor and uses it to make sure they can simply steal more and remain in power over us. Hopefully, this will be the year the masses finally figure it out.