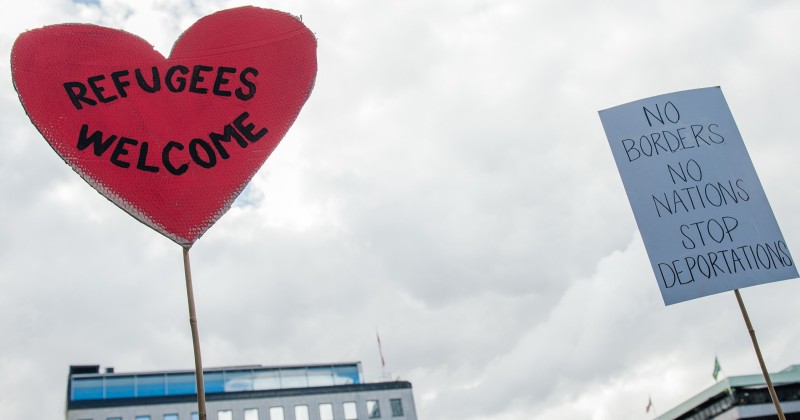 A journalist investigating the rape of a 12-year-old girl in Sweden was told that police have not even interviewed the prime suspect two months later because authorities “cannot cope” with the sheer volume of cases since Sweden opened its borders to mass immigration two years ago.

Back in July, the 12-year-old girl was dragged into a restroom by an older man in the center of Stenungsund before being beaten, raped and threatened with death.

Knowing the identity of the culprit, the girl’s mother immediately reported him to police, but authorities have yet to even interrogate the suspect two months later despite knowing his name and address.

According to journalist Joakim Lamotte, the girl is still being confronted and taunted by the rapist on the streets of Stenungsund.

When Lamotte contacted authorities, he was told that the case hasn’t been acted on because police “cannot cope with the workload” of having so many rape cases to investigate.

“Do you know how many rapes we have?” Lamotte was told by the police officer in a conversation he recorded and uploaded to YouTube.

“No, I don’t. But I’ve talked to the mother and her daughter feels very bad because of this, and I know who this man is, I have his name, address, social security number and everything, and, I mean, you haven’t even interrogated him yet, isn’t that remarkable?” asked Lamotte.

“Well, you might think so, but we have so many similar issues and so few people available we cannot cope with the workload,” responded the police officer.

“That sounds unbelievable. A 12-year-old girl who is raped, it’s just a child,” said Lamotte.

“We have 3-year-old children that get raped,” responded the police officer, sounding clearly exasperated.

When asked if they were not able to prosecute rapists who molest 3-year-old children, the female officer responded, “Yes….these are the realities and it’s terribly regrettable. That’s all I can say about it.”

Rapes have skyrocketed in Sweden over recent years. Authorities have claimed that this is due to the definition of rape being changed, but the spike occurred long after the change was made. Sex crimes in the country have doubled since 2012. The most recently available statistics showed that immigrants were 5.5 times more likely to carry out sexual assaults.

Sex attacks as music festivals throughout Sweden are also soaring, with over 150 cases of assaults and 20 rapes being reported this summer.

Earlier this year, Peter Springare, veteran police investigator and former deputy head of the division for serious crimes at the police in Örebro, made headlines after he wrote a Facebook post in which he detailed how the country was in “chaos” due to a never ending epidemic of serious crimes being committed by Muslim migrants.

We previously highlighted Joakim Lamotte’s work back in February when he investigated the brutal gang rape of a Swedish woman who was racially abused by a group of men in Gothenburg who live streamed the assault to Facebook.

When Lamotte attempted to get an update on the case from police in Gothenburg, he was told it was being treated as “aggravated rape” but that “no one even has begun working with the case yet”.

According to a concerned mother who first brought the video to the attention of police in Gothenburg, she was shocked to see that they were disinterested and “sat and ate cheetos” while being seemingly more bothered by her for reporting the incident.