Surviving a Mad Max World: How To Avoid Marauders and Looters After the Collapse 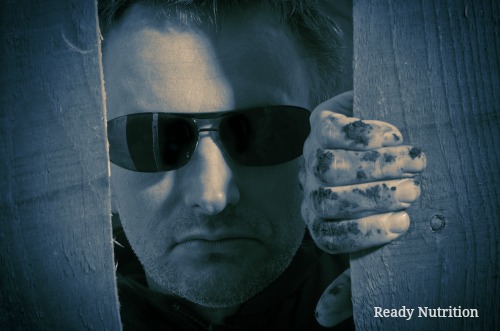 This article was originally published by Jeremiah Johnson at Ready Nutrition

[Editor’s Note: A mad max scenario is one of the worst-case scenarios one can prepare for. The adage “if you can’t protect you don’t own it” rings true in this case. Long-term survival plans that reflect this type of disaster suggest preppers getting away from urban and suburban living and heading for hills. While this would be the safest option, there are dangers that lurk for those who plan to “live off the land.” Because in a post-collapse world – they will come for all that you own.]

Seems almost self-explanatory, right? I mean, what could be so involved with the term “living with the land,” right? There is a lot to it. There’s a reason to do this:

Living with the land will help you to live, and avoid the greatest hunter of all: man. Men…mankind…has the same instincts as you, the same success in the generations as you. Although this is not an “anthropological” treatise, it holds a lot of anthropology within it, because there are a few key points you must keep in mind: Your weakness is a weakness shared by other men; your strength is a strength possessed by other men; what you can do can be done by other men.

The commonality is both your strength and your weakness. You become cold, and so does the man (or men) hunting you. The dark poses impediments and unknown dangers, and it does the same to your hunters.

Turn the Hunters Into the Hunted

The land: to blend with it, and to live with it without being obtrusive is the key to avoiding the hunters…and remember that they have the same limitations as you. The more pure and “clear” you keep your senses, the better they’ll work for you. We have done some pieces on the way the eye works, and the sense of smell. This is the time to do your work…your training to use these senses to their maximum capabilities. Let’s cover some basics as to what to expect when you’re living with the land and avoiding marauders, foreign soldiers, forces of a dictatorial government, and so forth.

10 Ways To Avoid Marauders and Looters After the Collapse

One of the things you’re going to have to do is practice, as well as reinforce your plan of action for when the time comes. Sound boring? It’s better than going to some mall and spending all day meandering around with a herd of beeves. You have to develop these skills so they’re ready to employ at a moment’s notice. The knowledge is not enough: you have to put it into practicum. That’s the only way to test yourself and know your capabilities. Falls in line with the Army saying, “Know yourself and seek self-improvement.” Don’t stagnate: improve. Learn to live with the land, or you may not make it through…when “the man” comes around.  JJ out!

(Sign up for our FREE newsletter to get prepper advice, homesteading tips, and more delivered straight to your inbox!)